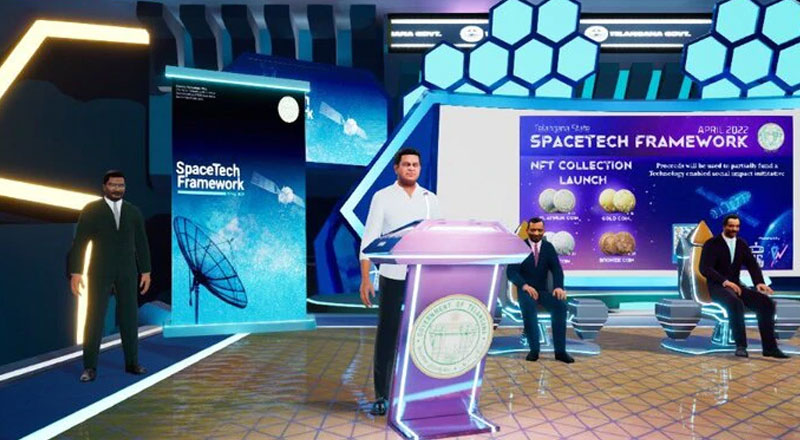 DAIS WORLD (The Flagship brand of DAIS INFORMATICS PRIVATE LIMITED) announced the launch of the iOS version for its app. Dais World, that was launched in October 2020 has since become one of India’s youngest and fastest growing Digital News platform. Its USP of gamified News reading while practising the balanced act of quality journalism has given Dais World a stronghold in the media space.

The Android version of the app that has been serving readers with quality News content and genuine life-relevant rewards for almost 1.5 years now, has been a successful run. This has prompted the Founding Team at Dais World to take their belief in their Media Technology based platform to the next step by launching the iOS version of their app.

Dais World continues to remain true to its commitment of 100% factual news delivered in a personalized manner, cost-free to the user without compromising their privacy and minus the clutter of advertisements. Its strong in-house content and powerful aggregation across 1,050+ publishers in India and worldwide has made it a favourite amongst its existing readership and the iOS launch aims to deepen the existing relationship with the readers for the Dais World team.

The Founding Team at Dais World comprising of its Executive Directors, Mr. Abhishek Deb (Founder) and Ms. Sonam Bhagat (Head of Business) is excited about the launch and have stated, “Dais World was set up with the core idea of bringing back or perhaps generating the habit of reading amongst young and old readers in an exciting never-seen-before way. We seem to have achieved exactly that with our readers who have shown us that the need for such a solution existed and with our industry peers that have supported us throughout the initial years. The ecosystem set up by the Government favouring determined teams with powerful ideas like ours encourages us to take the next leap forward and we believe we will continue to see the support we have experienced thus far. We thank our team and our readers for their support and encouragement and look forward to the successful launch of our iOS app.”