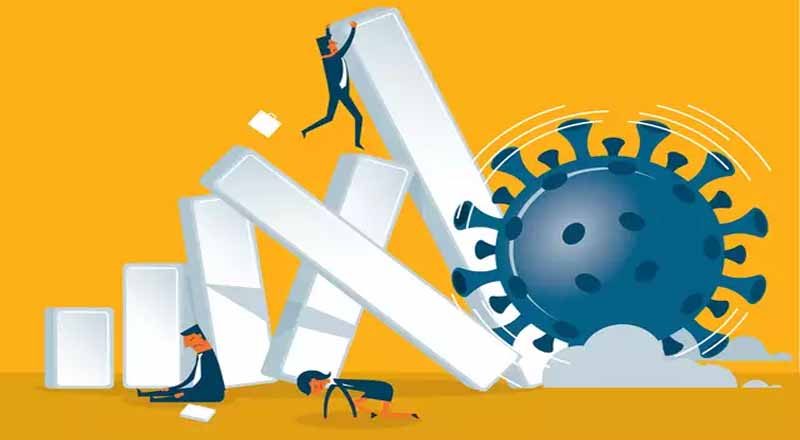 The ordinance that the government has issued to punish the culprits who attach the against the health workers during the Corona crisis is very welcome.
In Corona’s war, India has set an example in the whole world. But in some cities and villages it required to stop those who are beating up, stoning and abusing the doctors, nurses and other healthcare workers. They are being condemned everywhere .
TV channels and newspapers are highlighting their insolence a lot, but despite this, unpleasant incidents are taking place almost daily. Now people have gumption to attack even the policemen.
Such incidents are being reported from many cities now. People are breaking the restrictions and if the police stop them, they are stoned.
In Palghar, Maharashtra, two sadhus and a driver were beaten to death and the policemen kept on watching. Why didn’t they dare stop criminals? Perhaps they are afraid of their lives. That’s why I say that similar provisions of punishment should be made in the ordinance for those who attack the policemen and the journalists too.
Along with policeman the reporters should also be added in ordinance because they too reach at dangerous places putting their lives at stake. If journalists also sit in hiding in their homes like our leaders, then the people of the country will be confused.
If newspapers and TV are shut down, then the whole country will fall prey to misunderstandings and rumours. How will the message reach the public about what the governments of the country are doing for the people? It is so unfortunate that dozens of Indians and foreigners are still hiding themselves from Corona.
It is okay that the Tablighi Jamaat has not deliberately spread the corona like any conspiracy but due to slander and fear they are still not coming forward. I tell them that they should not be scared. Come forward.
Get yourself and your dear ones treated. Prevent the corona from spreading. All the state governments should make appropriate provisions to send back the migrant laborers, students and travellers hanging in between to their homes .
If we all fight together, the post-Corona India will emerge as a powerful and prosperous India.