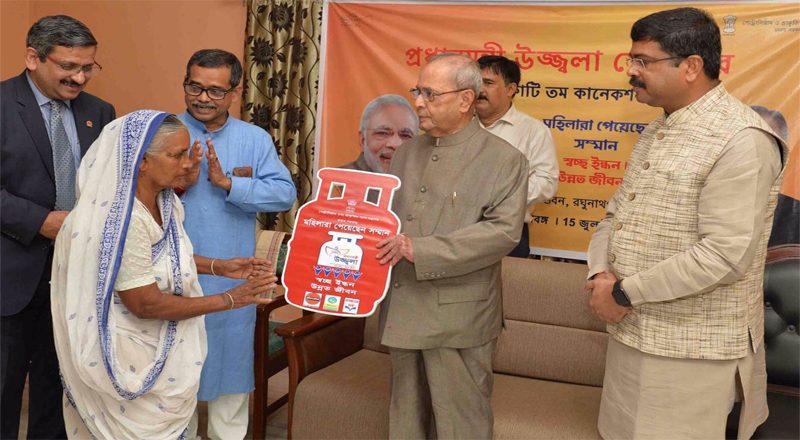 The President of India, Shri Pranab Mukherjee distributed free LPG connections to 11 women under the Pradhan Mantri Ujjwala Yojana (PMUY) at Jangipur in Murshidabad district of West Bengal on 15 July, 2017. The Union Petroleum and Natural Gas Minister, Shri Dharmendra Pradhan was also present during the distribution of LPG connections.

With this, the Central Government has distributed 2.5cr LPG connections under PMUY among the poor and marginalized households across the country since its launch, by Prime Minister, Shri Narendra Modi on May 1st, 2016.