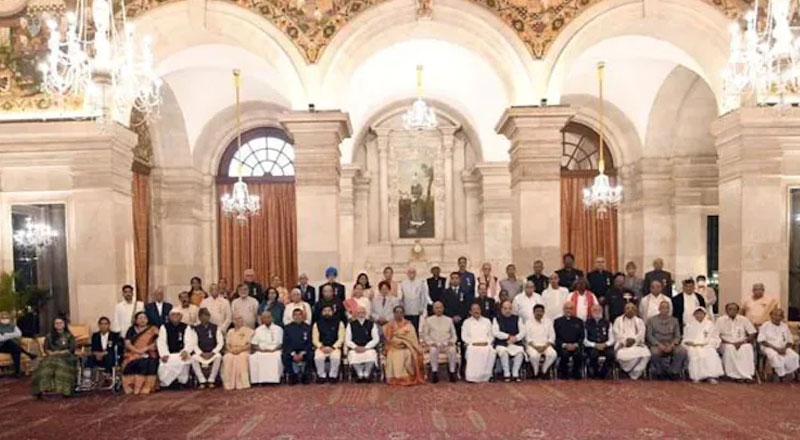 The award for General Rawat was received by his daughters, while a close family member received the award for Khemka.

Many of those who received the Padma awards were “unsung heroes”, including 125-year-old yoga practitioner Swami Sivananda.

Members of the audience clapped as a bare-footed Swami Sivananda, dressed in a simple white kurta and dhoti, knelt before Prime Minister Narendra Modi, who promptly got up and bowed, touching the ground as he returned the greeting.