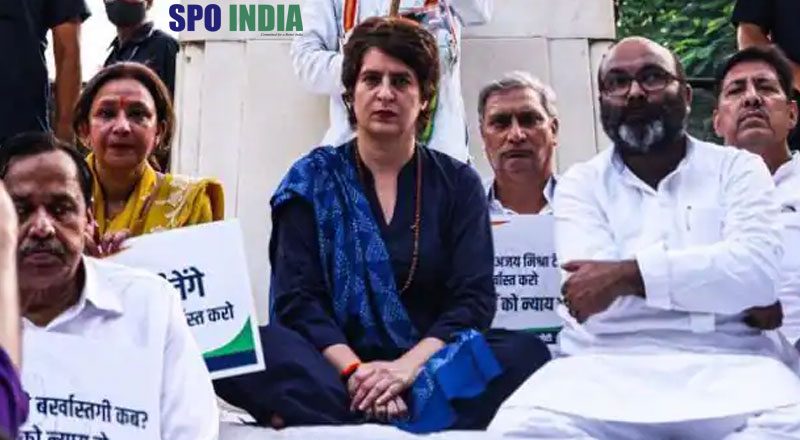 Ajay Mishra’s son Ashish is the key accused in Lakhimpur Kheri violence case in which eight people were killed on October 3. He was arrested October 9 and is in jail. A local court rejected his bail petition on Monday.

Congress general secretary Priyanka Gandhi Vadra has written a letter to Prime Minister Narendra Modi, who is in Lucknow, urging him not to share stage with Union minister Ajay Mishra ‘Teni’, whose son has been arrested in connection with the violence in Lakhimpur Kheri. The Prime Minister is in Uttar Pradesh capital for the DGP conference.

“If your intentions are clear don’t share dais with union minister of state for home. Dismiss him,” Gandhi said in her letter to PM Modi.

Ashish Mishra is among the 13 accused in the violence that claimed eight lives on October 3 under the Tikunia police station limits of Lakhimpur Kheri. He was arrested on October 9 and is in jail. All the 13 accused are in judicial custody.

A district court on Monday rejected Ashish Mishra’s bail petition, saying the investigation is still on in the incident of mowing down of farmers by a vehicle and so the court did not find any genuine reason to release the key accused on bail.

Last week, a forensic report confirmed that firing was done from the licensed weapons of Ashish Mishra, his friend Ankit Das and his private gunner Latif alias Kaale but there was no clarity as to when and where the firing was done.

An official said that the report was not sufficient to say that the firing was done by the same weapons at the violence site as no one suffered a bullet injury in the incident.

The Prime Minister, meanwhile, reached Lucknow after visiting Mahoba and Jhansi on Friday, where he handed over the indigenously developed light combat helicopter (LCH), drones and electronic warfare suite to the three services as part of the Rashtra Raksha Samarpan Parv at a ceremony.

After arriving at the Chaudhary Charan Singh airport, Modi went to the Raj Bhavan and paid floral tributes to the portrait of Mahatma Gandhi, according to a statement issued by the Raj Bhavan.