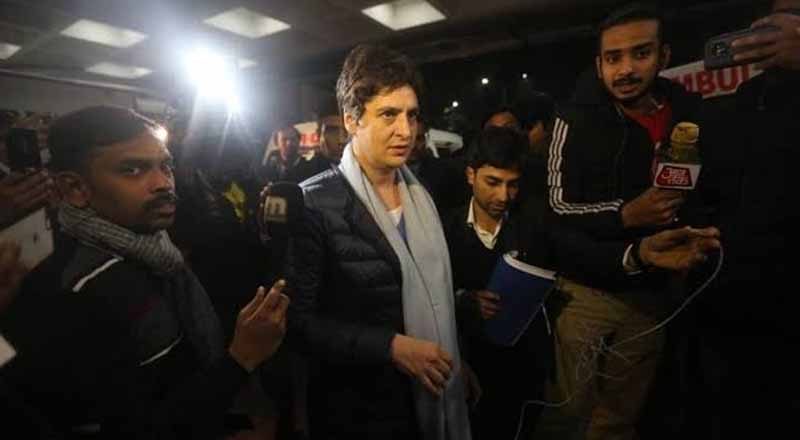 Congress leader Priyanka Gandhi Vadra arrived at Delhi’s Safdarjung Hospital where injured students from Jawaharlal Nehru University have been admitted following violence at university. Many students have also been admitted to the AIIMS Trauma Centre.

Priyanka said that one of the students complained to her of getting kicked on his head several times by the police.

“Wounded students at AIIMS Trauma Centre told me that goons entered the campus and attacked them with sticks and other weapons. Many had broken limbs and injuries on their heads”, she added.

As many as 18 students and teachers are admitted in the hospital after being injured in the violence, she added.

The Left-controlled JNUSU and the ABVP blamed each other for the violence that continued for nearly two hours as masked men armed with sticks attacked students and teachers and damaged property on the campus, prompting the administration to call in police.