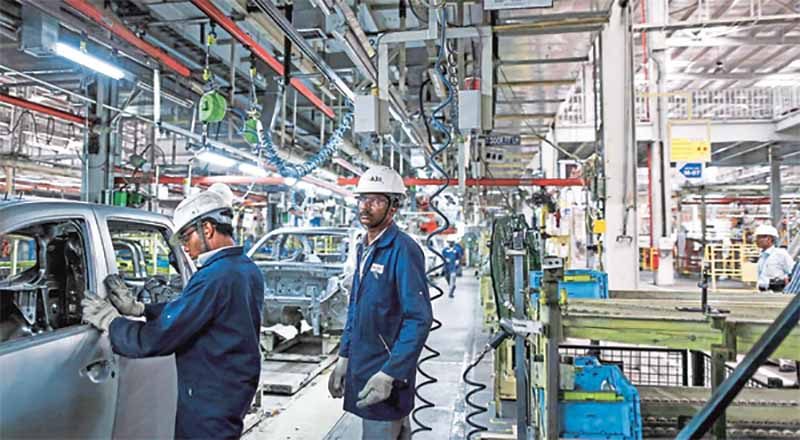 A culmination of high GST tax rates and liquidity crunch in the market leads to huge slump in the entire sector in the country, impacted the sentiments of the consumers, resulted sales slowdown in the automobile sector. However, industry hopes this sector will receive revive from the sales de-growth during the upcoming festive season.

Secondly, the upcoming shift to BS-VI standards will further decelerate production, leading to eventual job losses. Secondly, the inventory got pile-up at the dealership level and stock management of the unsold BS-IV vehicles has become a problem for the sector.

The auto industry contributes to almost half of the manufacturing GDP and 11 percent of the total GST revenue. As per Grant Thornton, a further reduction in production due to the continuing de-growth in sales of passenger vehicles can be expected. All major OEMs consisting of passenger, commercial, two and three-wheeler manufacturers have reported a massive decline in domestic sales.

A report showed that domestic passenger car sales in June went down by 24.07 percent to 139,628 units. The July figures are awaited. In the commercial vehicle segment, domestic sales were down 23.39 percent to 69,496 units last month.

The overall sales of two-wheelers, which include scooters, motorcycles, and mopeds, edged lower by 11.69 percent to 1,649,477 units. In all, the total sales of the Indian automobile sector declined by 12.34 percent during June 2019 to 1,997,952 units across segments and categories.

Consequently, sales slowdown led to the curtailment of manufacturing with the domestic passenger cars’ production coming down by 22.26 percent to 169,594 units from 218,167 units.

Lastly, the total production of the Indian automobile sector had impacted heavily by 12.98 percent declining during June 2019 to 2,336,138 units across segments and categories.