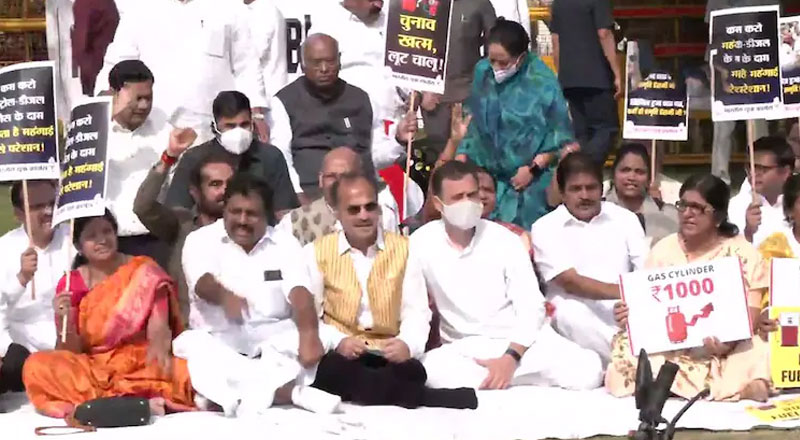 The Congress has accused the central government of being oblivious to the sufferings of the common people due to rising fuel prices and has demanded immediate rollback of the hikes in petrol and diesel prices.

Senior Congress leader Rahul Gandhi on Thursday, March 31, launched a protest against the steep hike in fuel prices over the last 10 days. Speaking from Vijay Chowk in Delhi, Rahul Gandhi said: “In the last 10 days, petrol and diesel prices have increased nine times. We demand that the rising prices should be brought under control. The Congress is holding nationwide protests on this issue today.

Congress MP Adhir Ranjan Chowdhury, who participated in the protest along with other party leaders, said: “We had predicted that as soon as elections in the five states conclude, fuel prices will be hiked. We demand that the hikes in fuel prices are rolled back. The government is not understanding the difficulties being faced by the public because of rising fuel prices.