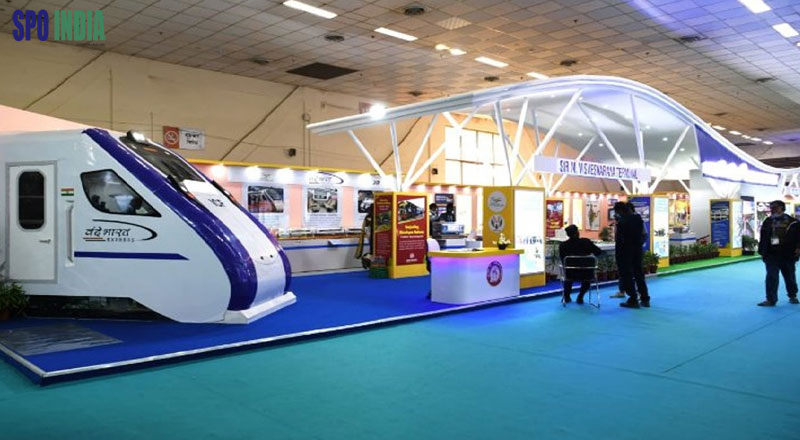 Indian Railways is also among the 1500 exhibitors at the Trade Fair. In an interesting way to narrate it’s transformational journey, the national transporter has put up an exhibition at Hall no.11 with ‘AatmaNirbhar Bharat’ as the theme, showcasing Vande Bharat Express model, country’s first indigenously built semi high speed train which isproviding its services on Delhi- Katra, Delhi – Varanasi route and will soon connect other destinations across country.

The facade of Railways pavilion is the replica of canopy of Sir M. Visvesvaraya Terminal Railway Station (Bengaluru) which is giving a captivating look to the pavilion.

This time, Indian Railways has taken various initiatives, making visit to its pavalion a worth for all age groups.