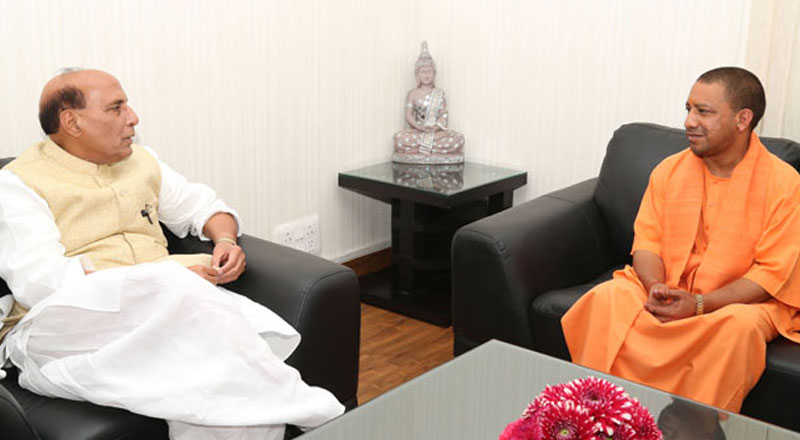 Defence Minister Rajnath Singh on Thursday extended his best wishes to Chief Minister-designate Yogi Adityanath on being elected as the leader of the Uttar Pradesh BJP Legislature Party at a meeting held today in Lucknow.

I extend my heartiest congratulations to Yogi Adityanath on being elected the leader in the Uttar Pradesh BJP Legislature Party meeting today. Under his leadership, the state continues to progress on the path of progress, my best wishes,” Rajnath tweeted in Hindi (roughly translated).

Earlier this evening, Yogi Adityanath was elected as the leader of the Legislative Party in the presence of Union Home Minister Amit Shah. In the recent Assembly polls, the BJP retained power in Uttar Pradesh by winning 255 out of 403 constituencies.

Addressing BJP MLAs in Lucknow, an emotional Yogi Adityanath said: “For the first time, a Chief Minister completed his five-year tenure and the party came to power nonce again for the second time (in Uttar Pradesh). This has happened for the first time. It has happened under the guidance and leadership of PM Modi.”