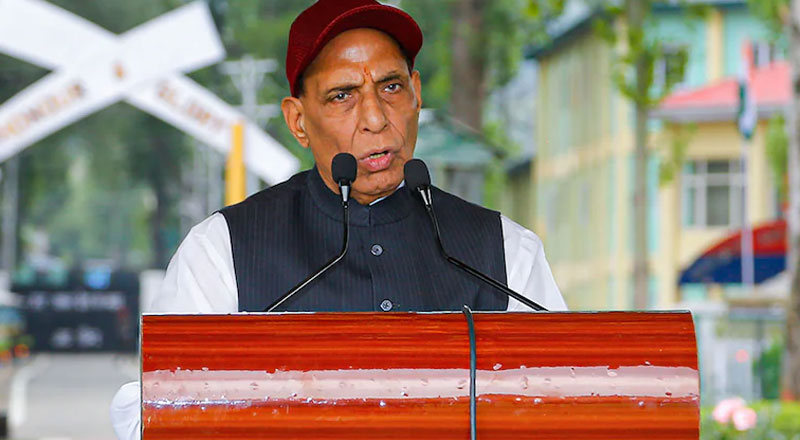 Defence Minister Rajnath Singh will hold bilateral talks with his Australian counterpart, Richard Marles, to strengthen defence and security cooperation between both countries. Marles arrived in India for a four-day visit on Monday.

Defence Minister Rajnath Singh will hold bilateral talks with Australian Deputy Prime Minister and Minister for Defence Richard Marles in New Delhi on Wednesday, June 22, 2022. During the bilateral talks, the two ministers will review the defence cooperation between the two countries and explore new initiatives to further strengthen bilateral engagements. They will also exchange views on regional and global issues of shared interest.

During his visit from June 20 to 23, he is scheduled to hold wide-ranging talks with Defence Minister Rajnath Singh.

Richard Marles reached Goa on Monday, June 20, on the first leg of his four-day visit to India. He visited Goa Shipyard Limited today and will be visiting INS Hansa later in the day during his stay in Goa.

Rajnath Singh appreciated the Australian Deputy PM’s participation and said that this made the Yoga Day celebrations ‘remarkable’ and ‘special’.

India and Australia have been sharing a Comprehensive Strategic Partnership since June 2020 and defence is a key pillar of this partnership.

The partnership is based on a shared vision of a free, open, inclusive and prosperous Indo-Pacific region. The two democracies have a common interest in peace and prosperity of the entire region.