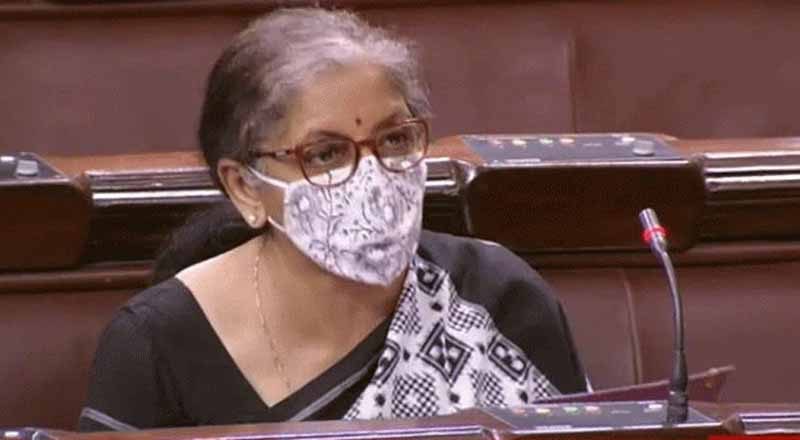 The Rajya Sabha on Saturday passed the Insolvency and Bankruptcy Code (Second Amendment) Bill (IBC), 2020 to ensure that fresh insolvency proceedings will not be initiated for at least six months starting March 25 amid the COVID-19 pandemic. The Bill replaces an ordinance passed in June.

Finance Minister Nirmala Sitharaman informed the Rajya Sabha on Saturday that the IBC is not a recovery law, and saving the lives of the companies is important than recovery of loans, which may be utilised through other options.

She said that there is a distinction between small and large borrowers, and the amount varies from ₹1 lakh to ₹1 crore. “IBC cannot be initiated for companies below ₹1 crore, so Micro, Small and Medium and Enterprises (MSME) are not going to be affected,” she said.

The Finance Minister said that the provisions of the IBC will be confined to only those default payments that may arise due to the COVID-19 period, and will not affect the applications filed before (March 24, when the lockdown was imposed).“The Ordinance and the Bill does not provide any protection to frauds. Section 166 of the Companies Act, 2013 remains intact, thus there is no protection from fraud. If the company is pushed into insolvency when it is recouping from losses, the objective of the Ordinance will be lost,” she said.

The Minister added that, so far, 258 companies had been rescued, and roughly one-third were defunct companies. “Nine hundred and sixty five companies proceeded for liquidation, three-fourth of them were defunct, loss of employment is minimal even after liquidation. The 965 companies had assets of ₹38,000 crore, so in value terms, the asset saved is more than liquidated,” she said.

She added that when it came to non-performing assets (NPA) of scheduled commercial banks, then in the year 2018-19, the IBC ensured 42.5% recovery or ₹17,819 crore recovery, whereas such recoveries made through Lok Adalats stood at 5.3% and those made under Debt Recovery Tribunals at 3.5%.

Communist Party of India-Marxist (CPI-M) Member of Parliament K.K. Ragesh had earlier said that, as per the Ordinance, all the insolvency proceedings had been prohibited for one year and it was going to push the banking sector into crisis. “The IBC has become a bonanza for corporate frauds. Huge concessions to corporates, NPAs accumulated in banks, more than ₹3 lakh crore lying as NPAs in various banks has been written off through book adjustments,” Ragesh said.

Vivek Tankha of Congress said that small traders would be affected while the Bill protected big corporates. “Do we want to protect COVID category of industries or all industries based on their performance in the past? Section 10A does not distinguish between COVID and other defaults, so suitably amend Section 7 and 9 by protecting COVID-related defaults on a case to case basis,” he urged.