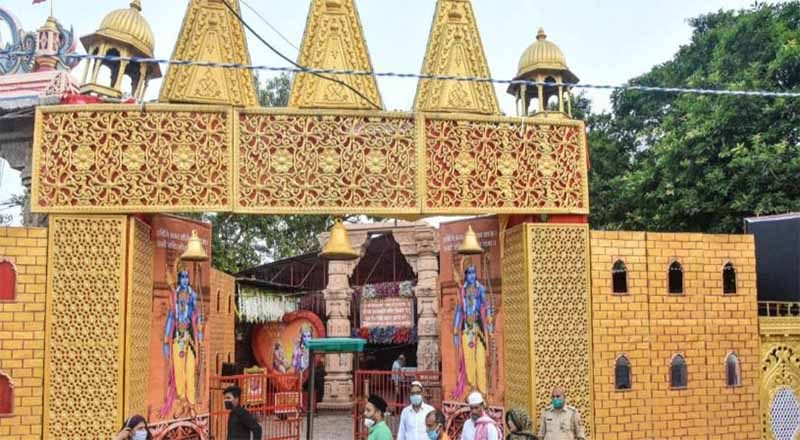 Bhoomi pujan of the Ram Mandir in Ayodhya is all set to take place on August 5. Preparations for the same are in full swing as leaders and attendees make their way to Ayodhya for the event. According to reports, a silver brick, representative of the bhoomi pujan, would be placed at 12.15 pm, during the ‘Abhijit Muhurta’, an auspicious time period.

According to the Shri Ram Janmabhoomi Teerth Kshetra Trust that would handle the construction and management of the temple, this is the most auspicious time period.

Prime Minister Narendra Modi would place a 22.6 kilogram silver brick to mark the bhoomi pujan. 75-year-old N.R. Vijayendra Sharma, the Belagavi-based astrologer who set the date and time of the event, would not be attending the bhoomi pujan. Along with Sharma, who also goes by the name of ‘Pandit Sharma’, Varanasi-based Ganesh Shastri Dravid, also played a role in setting the ‘muhurat’.

Along with Akshay Tritiya, Sharma had recommended several other dates. ‘The month of Shravana, according to the Hindu calendar, is very auspicious. All the dates I suggested fall in this Hindu calendar month,’ he said. Over 200 guests are expected to arrive for the bhoomi pujan. RSS Chief Mohan Bhagwat would be attending the event along with many others.

Chief Minister Yogi Adityanath said that he wanted August 4 and 5 to be ‘Deepotsava’, where people would light diyas akin to the night of Diwali. People across the city have already begun lightning diyas and lamps in anticipation of the bhoomi pujan.