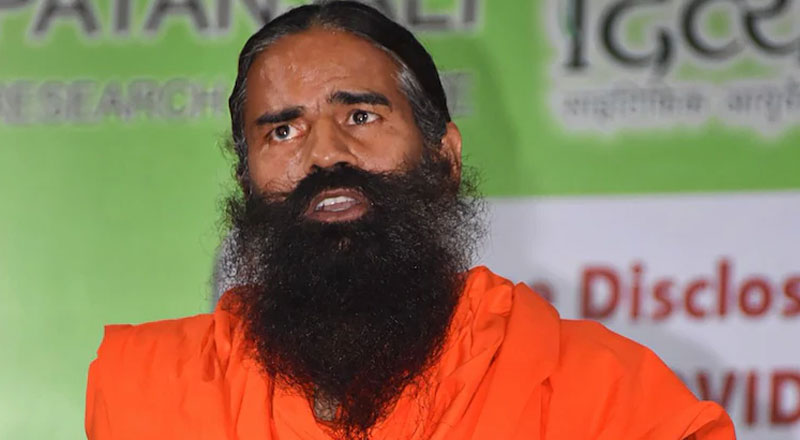 Patanjali Ayurved co-founder Ramdev appeared to threaten a reporter when the latter asked him about his 2014 comment about the petrol price coming down to nearly Rs 40 if the government changed.

Yoga guru Ramdev in a video was seen to lash out at a reporter when asked about his comment a few years ago about petrol price coming down to Rs 40 if the government changed in 2014. He even seemed to threaten the reporter, who questioned Ramdev about his assurance that petrol and LPG costs would come down if people voted the incumbent (Congress) out of power.

The yoga guru, in a 2014 television interview, had said: “I have a study with me that says the basic price of petrol is only Rs 35, on which 50% tax is levied.” “Agar 50% ke jagah 1% tax ho jayga to it’s only practical. Itna arthshastra to humne bhi pad rakkha hai. [If taxes are reduced from 50% to 1%, (fuel price is bound to come down). I have studied this much economics,” he had said in the interview.

The Patanjali Ayurved co-founder goes on to say that major economists do not run the economy of the nation. “They are slaves to the Washington Consensus [a set of economic policy recommendations for developing countries], Sensex, and FDI,” he had said.

In the latest video that’s going viral, Ramdev is seen telling off the reporter for asking him the question. “Don’t ask such questions. Am I a thekedar that I have to answer whatever you ask? I gave that statement and now I don’t. Do what you can.”

Ramdev goes on to threaten the reporter, saying it wouldn’t be good for him if he asked such questions again.