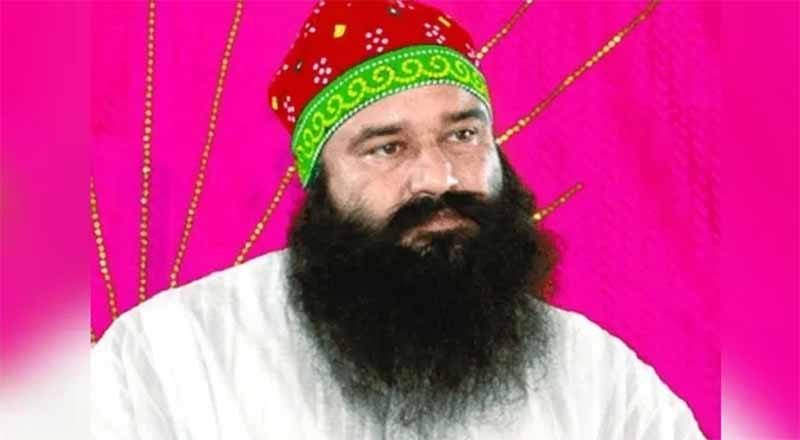 The proclaimed thug and so called  Dera Sacha Sauda chief, who is at present serving a 20-year prison sentence for raping his two followers officially reported. Ram Rahim is very powerful even though he is in jail.

He got the parole to look after his ailing mother, reports said. Rapist Ram Rahim, previously requested the court, to allow Honeypreet, who is his adopted daughter, the woman’s estranged husband claimed ,he has in relation with her to remain with me as she is my masseuse.

It is known fact that, Ram Rahim and so called ‘daughter’ Honeypreet Insan had sexual relations, claims ex-husband Vishwas Gupta. Guptas said in the press conference in 2017, Gupta said Honeypreet used to sleep in the gufa or Ram Rahim’s cave at the Dera Sacha Sauda’s headquarters in Sirsa, Haryana. “Honeypreet slept in Ram Rahim’s bed and had sex with him too. I saw her naked with Baba,” Gupta said. He said that Ram Rahim would ask him to stay out of his room while she was inside with him and warned him to keep quiet about it.

Honeypreet was in judicial custody in Ambala jail since she was arrested in October 2017.

“Ram Rahim made us play a game like Bigg Boss in his cave. We were six couples (family members) and spent 28 days there,” said Gupta. The estranged husband also claimed that Honeypreet was not adopted legally, adding that both Ram Rahim and Honeypreet threatened Gupta on several occasions.

After he got the sentenced for the crime he has committed,still he has the tag by the totle, The Dera Sacha Sauda chief, at present he is serving a 20-year jail sentence at Sunaria jail in Rohtak, Haryana, for raping his two disciples and murder of a journalist named Ram Chander Chhatrapati, was taken to Gurugram amid heavy security where he will meet his mother.

A few days ago, on 17 May, the Dera Sacha Sauda chief had made an appeal to meet his mother who is currently unwell.

The 53-year-old rape convict had sought 21-day parole to meet his mother Naseeb Kaur. After receiving the emergency application, the prison authorities had written to the Haryana Police and sought a No Objection Certificate (NOC) from them.

Last year, on 24 October, he was given a day’s parole to meet his mother. The state jails minister Ranjit Singh had stated that the parole was given as per the provisions mentioned in the law.