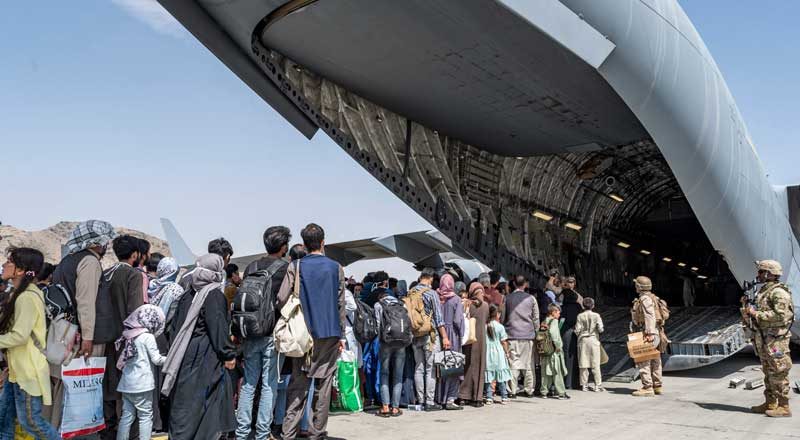 At the US congressional hearing on Monday, the US Secretary of State, Antony J. Blinken said that Washington had “no advance warning” about former Afghan President Ashraf Ghani fleeing the country as the situation grew tense with the Taliban marching towards Kabul on 15 August.

On the first day of the Congressional testimony — Afghanistan 2001-2021: Evaluating the Withdrawal and US Policies — Blinken defended President Joe Biden’s decision over the country’s troops withdrawal and said that the government had to complete the withdrawal and left with limited options.

He also said the US is “deeply engaged” with India on the growing influence of Pakistan in the war-torn country.

“Return to war or escalate the war” were the only two choices that the Biden administration had in Afghanistan, he said. He added that Biden only inherited a deadline and not a concrete plan from his predecessor Donald Trump, under whom the peace deal with the Taliban leaders was signed.

“In the end, we completed one of the biggest airlifts in history, with 1,24,000 people evacuated to safety. And on August 31st in Kabul, the military mission in Afghanistan officially ended, and a new diplomatic mission began,” he told the Congressional committee.

He also pointed out that the UNSC Resolution 2593 that was passed under India’s month-long presidency in August should be followed by the Taliban to rule Afghanistan, and also if it wants international legitimacy. According to the resolution, Afghan territory should not be used to threaten or attack any country or to shelter and train terrorists and plan or finance terrorist attacks.

In the five hour-long hearing, Blinken fielded questions from irate lawmakers, including from some who repeatedly demanded he resign. He is the first Biden administration official to testify publicly since the Taliban’s takeover.