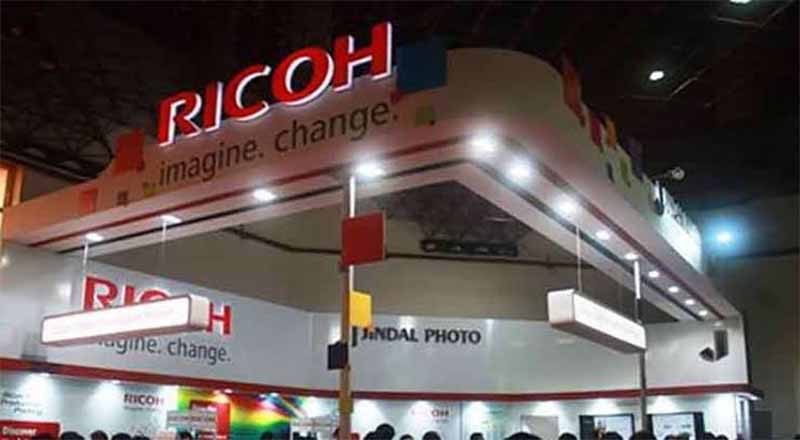 An appeal against the Resolution Plan passed by the Hon’ble NCLT, Mumbai in the case of Ricoh India Limited (RIL) on 28th November, 2019 has been filed by an Operational Creditor, namely Fourth Dimension Solutions Limited in Hon’ble NCLAT, New Delhi on 13th December, 2019. The hearing of the case was done on 17th December, 2019 and the Hon’ble NCLAT accepted the appeal and has issued notices to Ricoh India Ltd, Mr. Kalpraj Dharamshi and Ms. Rekha Jhunjhunwala with next date of hearing scheduled on 14th January, 2020.

Ricoh India Limited, a subsidiary of Ricoh Company Limited, Japan had filed for a self-insolvency U/s 10 of the Insolvency and Bankruptcy Code,2016 in January, 2018. The Committee of Creditors of the company had approved a resolution plan filed by Mr. Kalpraj Dharamshi and Ms. Rekha Jhunjhunwala, which was approved by the Hon’ble NCLT, Mumbai on 28th November, 2019. However, a claim filed for Rs. 511 crores by an operational creditor, M/s Fourth Dimension Solutions Limited was neither accepted nor rejected by the Resolution Professional, Mr. Krishna Chamadia, as per the updated list of creditors finalised and published by him on 24th January, 2019, specifically mentioning that the ‘claims of Fourth Dimension Solutions Ltd. (FDSL) have been disputed and are in proceedings before arbitrators/appellate authorities. The liability is subject to outcome of these proceedings.’

As per the facts of the case, Ricoh India had started its business relationship with FDSL in 2013. Since then FDSL had entered into more than 90 different and separate contracts for various projects with RIL and the total Purchase Order value of all the different projects was more than Rs. 2400 crores and most of the projects were successfully delivered by FDSL to the satisfaction of RIL.  Despite the fact that FDSL delivered goods and services as per the terms of the agreement, RIL denied making payments to FDSL as per the Purchase Orders issued by it to FDSL during early 2017 which led to serious financial difficulties to FDSL. Thereafter Ricoh India management issued show cause notices for some of the projects under execution to FDSL and called upon FDSL to reply within 48 hours, which was duly replied to by FDSL. So as to resolve the differences created by the Ricoh India management, FDSL requested for a amicable settlement of any dispute, if any during September, 2017. The meeting between the two managements were held during the period of October-November, 2017, however all meetings remained inconclusive, as Ricoh India team sought time to reconcile the amount claimed by FDSL with its records, but miserably failed to revert back on all that was discussed and agreed upon. Considering the situation, FDSL sought to invoke the Arbitration clause under the terms of the agreement in February, 2018 and an arbitrator was appointed by Hon’ble Delhi High Court, who had issued notices to both the parties for appearance. However pending the proceedings under arbitration, Hon’ble NCLT, Mumbai admitted the self-insolvency petition U/s 10 of the IBC of Ricoh India Limited, due to which a moratorium of all arbitration proceedings were adjourned sine-die.

Thereafter, the RP, Mr. Krishna Chamadia of Ricoh India made a public announcement regarding filing of claims by the creditors of Ricoh India. FDSL filed a claim of Rs. 511 crores with the RP alongwith all relevant annexures and declarations. As per the updated and final list of creditors on 24th January, 2019 published by the RP, which specifically mentions that the ‘claims of Fourth Dimension Solutions Ltd. (FDSL) have been disputed and are in proceedings before arbitrators/appellate authorities. The liability is subject to outcome of these proceedings.’

Based upon such statements, it became very evident that the claim filed by FDSL with the RP, was still valid and would be settled upon completion of arbitration proceedings or its claim would be considered and included in the resolution plan being filed with the proposed bidder.

However shockingly when the resolution plan was passed by the Hon’ble NCLT, Mumbai there was no mention of any claim of FDSL being accepted. Further the plan also mentioned that any previous disputed claim or liability of Ricoh India Limited would also not be carried over to the new company, despite the fact that the claim of FDSL was not rejected by the RP, in its final updated list of creditors. Coming to know of such shocking fact, FDSL has now filed an appeal against the said passed resolution plan of Ricoh India with Hon’ble NCLAT, New Delhi.

This case may become one of its own kind in the history of IBC, where a major operational creditor is denied its lawful right of getting its money and he had no other option but to fight for its right before the next Appellate Authority.