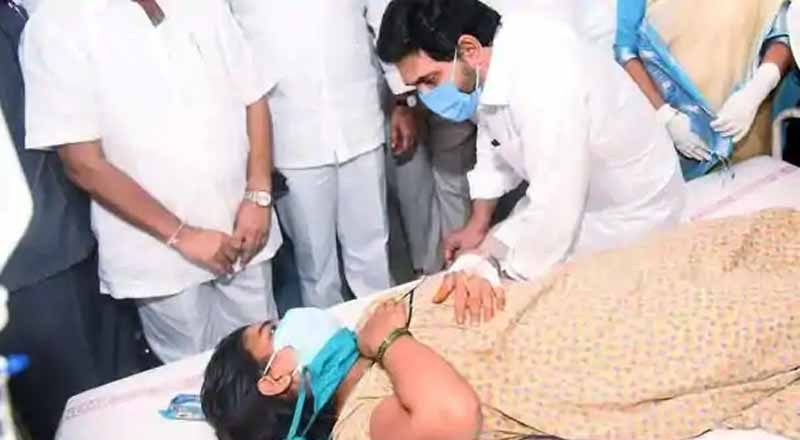 After the Vizag gas tragedy, the Andhra Pradesh government formed a panel headed by the Chief Secretary to investigate the styrene chemical gas leak at LG Polymers India Pvt. Ltd.

Addressing newspersons after visiting the victims at KGH Hospital in Visakhapatnam, Chief Minister Y. S. Jagan Mohan Reddy also announced an ex-gratia of Rs 1 crore each to the families of those who had succumbed.

So far, 10 people have lost their lives and about 1,000 people have been hospitalised after styrene gas leaked from the LG Polymers plant located at R R Venkatapuram, Visakhapatnam.

Those who are on ventilators will be given Rs 10 lakh, while patients who require hospital stay of two-three days will be provided Rs 1 lakh, CM Reddy said.

Patients who have been discharged after primary treatment will also get Rs 25,000.

As many animals had also died after inhaling the gas, the government will give a compensation of Rs 20,000 per animal to their owners, he said. Stating that LG was a “reputed’’ multinational company, which was expected to maintain good safety standards, the Chief Minister added that if required, the plant would be shifted from the present location.

The state government would ensure additional compensation to the victims from LG Polymers and probably employment to the kin of the deceased, Reddy added.

The officials, including the police, responded ‘in time’ to the crisis, he said.