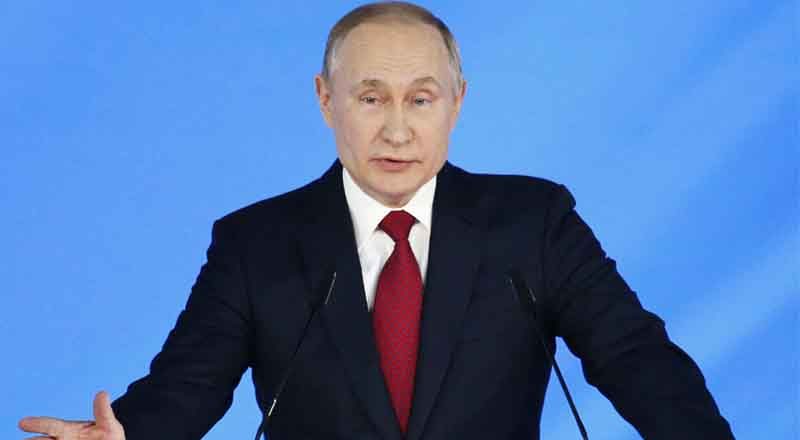 President Vladimir Putin said on Sunday said, Russia will soon be in a position to counter hypersonic arms deployed by other countries, adding that Moscow was ahead of the United States in developing new types of weapons.

Hypersonic glide vehicles can steer an unpredictable course and manoeuvre sharply as they approach impact. They also follow a much flatter and lower trajectory than ballistic missiles.

Washington and Moscow have been expanding their defense capabilities as some Cold War-era arms control agreements collapsed during worsening of Russia’s ties with the West.

Last year Russia deployed its first hypersonic nuclear-capable missiles, while the Pentagon has a goal of fielding hypersonic capabilities in the early to mid-2020s.

“It’s very likely that we will have means to combat hypersonic weapons by the time the world’s leading countries have such weapons,” Putin was quoted as saying.

While Russia and the United States had broadly the same number of nuclear weapons, Putin said Moscow was ahead in advanced arms development.