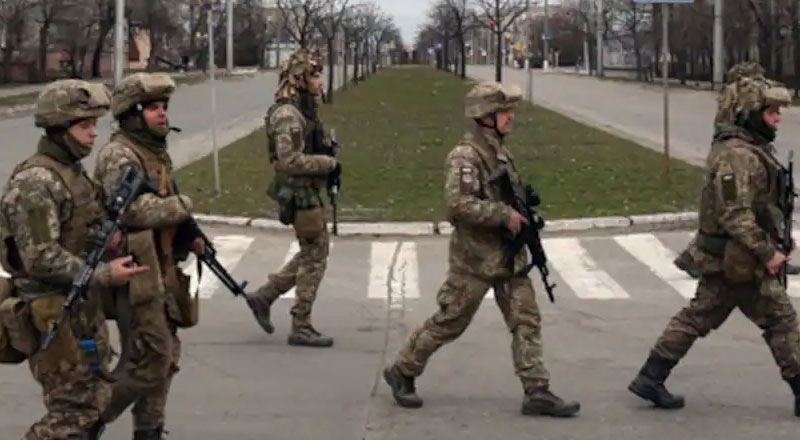 In a recent interview Ukraine’s President Volodymyr Zelensky said that Russian troops came very close to capturing him and his family. While speaking to Time magazine, the President made the revelation while recalling the intense early days of the Ukraine war.

Russian President Vladimir Putin announced the invasion on February 24, and Zelensky recalled from the memories that exist “in a fragmented way” what happened that day.

The President said in the interview that one of the vivid memories he has is he and his wife Olena Zelenska waking up their 17-year-old daughter and 9-year-old son to tell them that the bombing had begun.

“It was loud. There were explosions over there,” Zelensky said.

Soon it became apparent that Zelensky was a target and presidential offices were not the safest place to be. The President said he was informed that a Russian strike teams had parachuted into Kyiv to kill or capture him and his family.

“Before that night, we had only ever seen such things in the movies,” Andriy Yermak, Zelensky’s chief of staff, told Time explaining how the presidential guard attempted to secure the compound.

A gate at the rear entrance was blocked with a pile of police barricades and plywood boards, resembling a mound of junkyard scrap more than a fortification. On the night when the Russians first attacked, the lights were turned off and guards inside the compound brought bulletproof vests and assault rifles for Zelensky and his aides.

Oleksiy Arestovych, a veteran of Ukraine’s military intelligence service, said the scene was “madhouse”, and noted that Russian troops attempted to storm the compound twice while Zelensky’s wife and children were still in there.

The Ukrainian leader is praised globally for his courage as he refused the US offer to leave the country, vowing to stay back and fight.