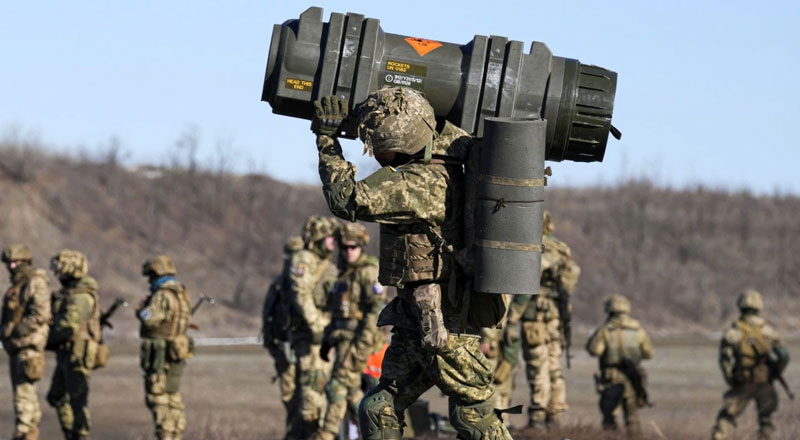 Deputy economy minister Denys Kudin of Ukraine has said on Friday that Russia’s invasion of the Eastern European country has already caused the economy £91bn ($119bn) worth of damage in just two weeks.

According to the minister, three-quarters of businesses in war-struck areas have now stopped operating. He further added that metal exports – which count for a “significant share” of Ukraine’s overall exports – are down as most metallurgical enterprises in eastern Ukraine were not working.

Just a day before, the chief economic adviser to Ukrainian president Volodymyr Zelensky, Oleg Ustenko said that the war has caused half of Ukrainian businesses to shut down completely.

The advisor told an online event hosted by the Peterson Institute for International Economics that Ukraine’s economy was “very depressed”. “Currently around 50 per cent of businesses are not operating and the rest are not operating at full capacity,” he stated.

Ustenko added that Russian forces have so far destroyed at least £76bn ($100 billion) worth of infrastructure, buildings and other physical assets. He said the estimate was “very approximate” and includes physical infrastructure that has been targeted by Russian bombing campaigns such as roads, bridges and hospitals.

Asked how a reconstruction effort in the country could be financed, Ustenko said that it could come from Russian assets that are frozen throughout the world due to Western sanctions. He also said that the seized assets of wealthy Russian oligarchs could also be transferred to a reconstruction fund for the country.

Asked about the resilience of Ukraine’s financial system, and bank payment operations, Ustenko said, “Look, we are doing, I would say, OK under the current circumstances.”