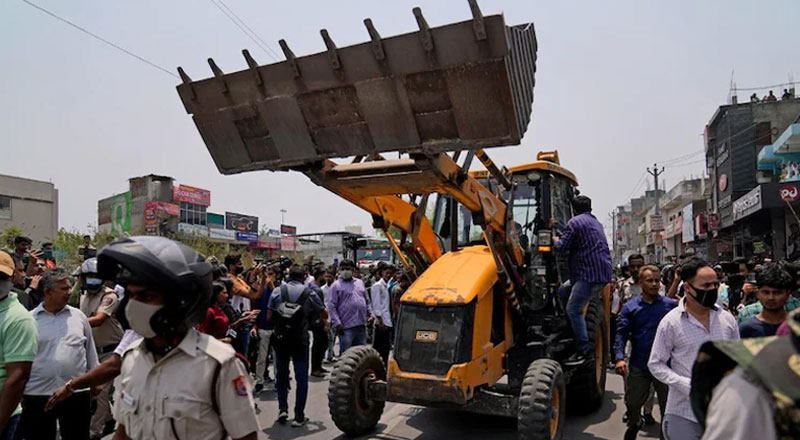 Samajwadi Party MLA Amitabh Bajpai has been booked for allegedly having obstructed government work in UP’s Kanpur. He protested against a demolition drive in the city and got into a fight with officials over the same on May 6.

The Uttar Pradesh police have filed a case against Samajwadi Party MLA Amitabh Bajpai and three others in Kanpur for allegedly obstructing government work.

On May 6, when a police team arrived to conduct an anti-encroachment drive near Gandhi Peace Foundation in Civil Lines in Kanpur, the locals accompanied by MLA Amitabh Bajpai raised slogans and protested.

The police had with them an order from the Additional District Magistrate to conduct the drive. However, the SP MLA said the order was fake and that the high court had stayed the demolition of the 15 houses around Gandhi Peace Foundation till May 17. He alleged that the ADM had taken Rs 50,000 to issue the aforementioned order.

SP MLA Amitabh Bajpai got into a fight with the police. In a video from the incident, he can be heard saying, “You are not obeying the order of the high court. You are committing hooliganism by taking money. You have become a very big officer You do not know Kanpur. We are very angry with you.”

Eventually, the police left and the demolition work at the site was halted.

However, the police have now filed a complaint against the MLA.