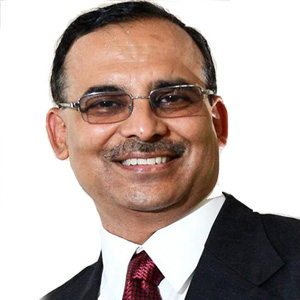 Sanjiv Singh has taken over as Chairman of Indian Oil Corporation (IndianOil) with effect from 1st June, 2017.

Prior to his elevation, he was Director (Refineries) on the IndianOil Board since July 2014. Concurrently, he will also be Chairman of Chennai Petroleum Corporation Ltd. (CPCL) and Hindustan Urvarak and Rasayan Ltd. (HURL), a joint venture company set up to revive the fertiliser plants at Gorakhpur, Sindri and Barauni.

A chemical engineer from IIT-Roorkee with a Diploma in Management, Sanjiv Singh joined IndianOil in 1981. He has served IndianOil for over 35 years, spearheading refinery operations as well as mega greenfield and brownfield projects in refining and petrochemicals.

With extensive experience in the refining sector, Sanjiv Singh played a key role in the setting up, commissioning and stabilisation of two of IndianOil’s biggest greenfield refineries at Panipat and Paradip. The commissioning of IndianOil’s 11th refinery at Paradip in early 2016, with a capex of Rs. 34,555 crore, is his benchmark contribution to the Indian refining sector. Singh has also steered the successful implementation of the petrochemical projects of Paraxylene/PTA and Naphtha Cracker with downstream units at Panipat Refinery.

As Director (Refineries) of IndianOil, Singh has endeavoured to improve the operation of IndianOil’s 11 refineries by revamping, debottlenecking and modernisation of process units, together with yield and profitability improvement projects, besides undertaking low-cost capacity expansions. He focussed on innovative technologies to create indigenous capability in the field of technology, while enhancing the Company’s profitability. He strongly supports commercialisation of indigenous technologies and has led many such ‘firsts’ in IndianOil refineries like Octamax (for production of high-octane fuel); indJet (production of aviation fuel); inDSK (reduction of sulphur in kerosene); and indeSelect (gasoline desulphurisation), among several others.

Singh has been a driving force in conceptualising India’s mammoth 60 million tonnes per annum refinery being set-up on the West coast of India, which will transform the refining landscape of India. Playing a leadership role in the energy sector, he is partnering India’s vision of emerging as a ‘refining hub’ in South Asia.

A champion of clean and green fuels, Mr. Singh ensured on-schedule rollout of BS-IV fuels across the country in April 2017 and has now set a frenetic pace for IndianOil refineries to meet the tough deadline of introducing BS-VI grade green fuels in the country by April 2020. A staunch advocate of minimum gestation time from concept-to-commissioning, under his stewardship approx. Rs.40,000 crore worth of projects shall be in various stages of implementation in the Corporation, including capex of nearly Rs. 15,000 crore in Refineries Division, in the coming three years.