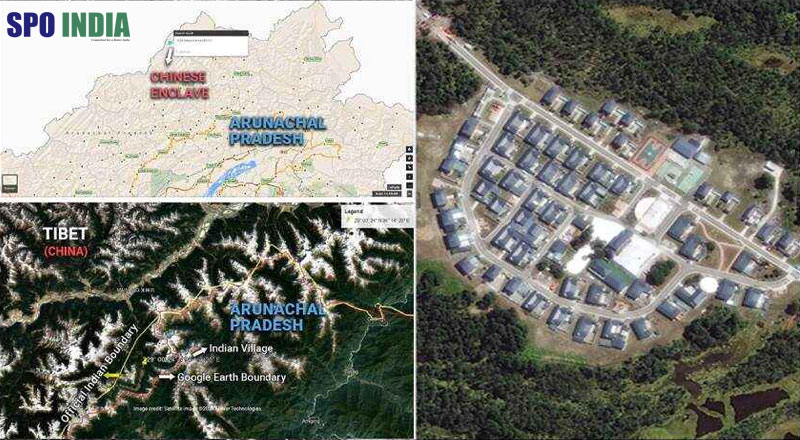 As per reports received from satellite images, China has constructed a second cluster of at least 60 buildings in Arunachal Pradesh. It appears that the new cluster did not exist in 2019; the new enclave is visible after more than a year. The place where the new cluster has come up lies 93 km east of a China-constructed village in Arunachal Pradesh, which has also been confirmed by a Pentagon report just days ago.

“China has undertaken construction activities in the past several years along the border areas, including in the areas that it has illegally occupied over the decades. India has neither accepted such illegal occupation of our territory, nor has it accepted the unjustified Chinese claims,” said Indian officials as quoted by NDTV.

Last week acknowledging the Pentagon report, India emphasised that China has tried to appropriate parts of Indian territory. Arunachal Pradesh’s BJP MP Tapir Gao had raised his concern on the issue in the Parliament in 2019. “I want to tell media houses in the country that there is no coverage of the extent to which China has captured Indian Territory (in Arunachal Pradesh),” he said in Lok Sabha, adding, “If there is another Doklam, it will be in Arunachal Pradesh.”

The images of the new enclave have been established through images from two of the world’s premier satellite imagery providers — Maxar Technologies and Planet Labs. In the images, apart from dozens of buildings, a structure with a flag of China painted on a rooftop, large enough to be spotted by imaging satellites can be seen at the Shi-Yomi district of Arunachal, claiming Chinese occupation.