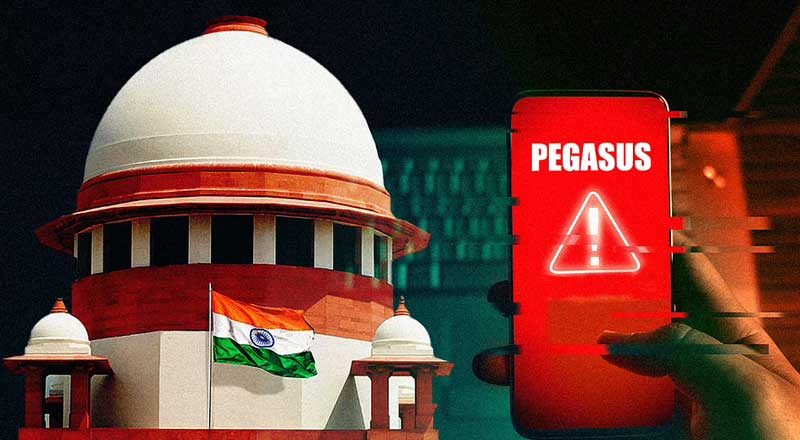 The Centre has refused to file an affidavit on Pegasus citing national security, the Supreme Court on Monday said that it only wants to know whether or not the Pegasus spyware was used through illegal methods to allegedly snoop on citizens.

The Supreme Court has observed that it has received several pleas seeking an independent probe and concerns have been raised by journalists and others over violation of privacy. The top court has decided to pass an interim order, reiterating it was not interested in knowing issues related to national security.

During the hearing, the Centre vehemently referred to the threat to national security and said that it does not wish to file a detailed affidavit on whether a particular software was used or not as it was not the matter for public discussion.

The Solicitor General on the Centre’s defence said the government had nothing to hide and that was why the Centre had on its own said that it would constitute a committee of domain experts to look into these allegations and report to the court.

Noting that a detailed affidavit would have helped it in knowing the stand of the Centre, a bench headed by Chief Justice N. V. Ramana also told Solicitor General Tushar Mehta that he was beating around the bush after the law officer reiterated his arguments on national security.

The court then permitted Mehta to mention the matter if the government had a re-think about filing a detailed affidavit as it would take two-three days’ time to finalise the order.

“When the matter came up a few days back and the issue of national security arose, we had clarified that no one is interested in knowing about anything related to national security or defence because the information is very sensitive. We were only expecting a limited affidavit since there are petitioners before us who say that their right to privacy has been violated by A or B agency. You have to say whether it has been done or not…National security is not a part of present proceedings,” said the bench which also included justices Surya Kant and Hima Kohli.

The hearing lasted for over one hour through video-conferencing.