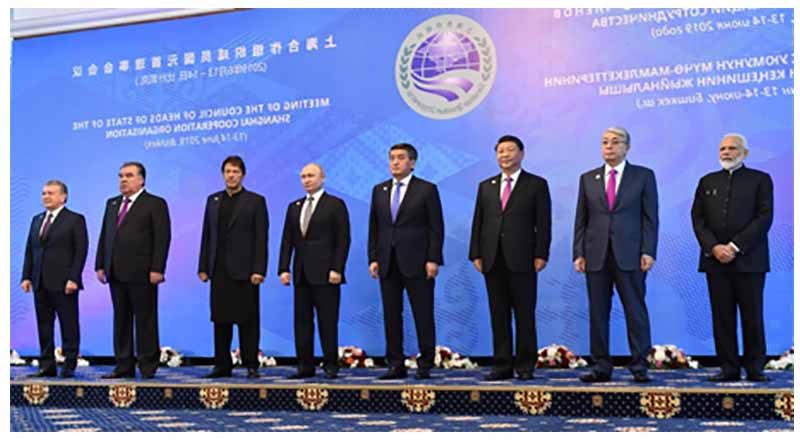 The Prime Minister, Shri Narendra Modi with the HOS/HOGs of SCO Member States at the Shanghai Cooperation Organization

Prime Minister Narendra Modi on Friday, without naming Pakistan, raised the issue of state-sponsored terrorism at the Shanghai Cooperation Organisation Summit in Bishkek and said that countries sponsoring, aiding and funding terrorism must be held accountable as he called for a global conference to combat the menace.

Addressing the Shanghai Cooperation Organisation Summit, PM Modi highlighted the spirit and ideals of the SCO to strengthen cooperation in the fight against terrorism. India stood for a terrorism-free society, he said. To combat the menace of terrorism, countries will have to come out of their narrow purview to unite against it, PM Narendra Modi said in the presence of his Pakistani counterpart Imran Khan.

He also urged the SCO leaders to organise a global conference on terrorism. PM Narendra Modi also met Chinese President Xi Jinping, Afghanistan President Ashraf Ghani and Russian President Vladimir Putin on the sidelines of the SCO Summit to further strengthen the bilateral relations. This came after India clarified that there would be no bilateral meeting between the two leaders.