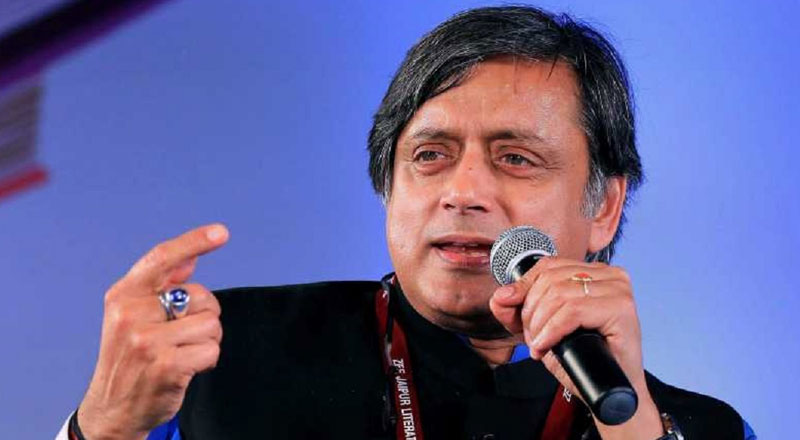 Asking the government to use its influence, Congress’ Lok Sabha MP Shashi Tharoor on Tuesday said that it should mediate a truce between Russia and Ukraine engaged in a war for over 40 days.

Participating in a short discussion on the ‘Situation in Ukraine’ in the House, the MP said that India should not shy away from taking a morally correct position in line with its foreign policy.

“India could offer itself in a “mediating capacity” and play a role in putting an end to the conflict,” he said.

Referring to the softly-worded statements on the Russia-Ukraine war at the United Nations, the Thiruvananthapuram MP said, “We need to take a principled stand on such matters… with moral conviction.” Since Russia has started the war, he added that India cannot endorse Moscow’s action.

On India getting a lot of military supplies from Russia, Tharoor said the country pays in “top dollars” and it was not a one-way relationship.

Expressing concern about the emerging Russia-China-Pakistan axis and with Russia becoming weak on account of sanctions, the MP stressed that China will get an upper hand and “it is a matter of great concern” for India.

The Congress member also criticised the remarks of certain BJP leaders and ministers that only those students who could not qualify National Eligibility and Entrance Test (NEET) go to Ukraine for medical education. “Such statements at the time of crisis reflect poorly on the nation,” he said, adding the government must seriously rethink the medical education in the country.

Appreciating ‘Operation Ganga’ under which 18,000 students were brought home from war-ravaged Ukraine, he said some embassies were probably quicker in evacuating their citizens and hence there are lessons to be learnt for India.

Tharoor also said that it was unfortunate that students stranded in war-hit Ukraine had to walk long distances to reach the bordering nations from where they were transported back to India.