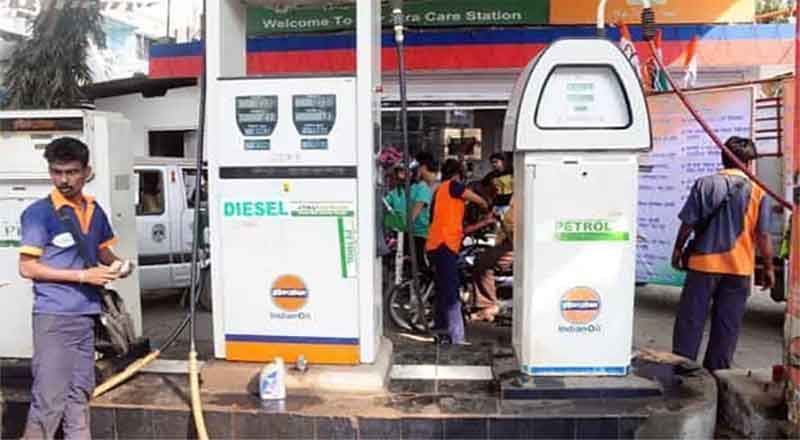 As the fuel prices has increased for the 20th day, petrol crosses Rs 80 a litre mark in Delhi. The opposition party has took as an opportunity to surround the Modi government on this important issue, where the netizens of India has surrounded with the crisis. It is for the first time, diesel prices have gone higher than the petrol price at 79.88 rupees per litre in Delhi.

The fuel price is rising due to the additional duty that the government had imposed on petrol and diesel, to offset the revenue loss caused by the pandemic by taking advantage of low crude prices.

In Box: The hike is effectively meant that the Central government is collecting around 270 per cent taxes on the base price of petrol and 256 per cent in the case of diesel

The Covid-19 outbreak has already made everyone cash crunch and the government is burdening the common man with high taxes on petrol and diesel while international crude oil prices have fallen and are at the lowest level in many years.

As per Kapil Sibal, Congress leader “The government has earned Rs. 2.5 lakh crore in 3 months: Sibal “If the government had even the slightest feelings for the common man, instead of benefitting the companies and the government, the prime minister would have helped the common man with reduced fuel prices,” Sibal said at an online press conference.

India is highest in the world The tax of fuel in the US is 19 per cent, Japan 47 per cent, the UK 62 per cent, France 63 per cent and Germany 65 per cent. 10. Major economics have balanced tax system for fuel The people are in distress due to the corona pandemic , million have lost their jobs and paying capacity of people has gone down due to the lockdown but the government is adding to the burden of the common man .