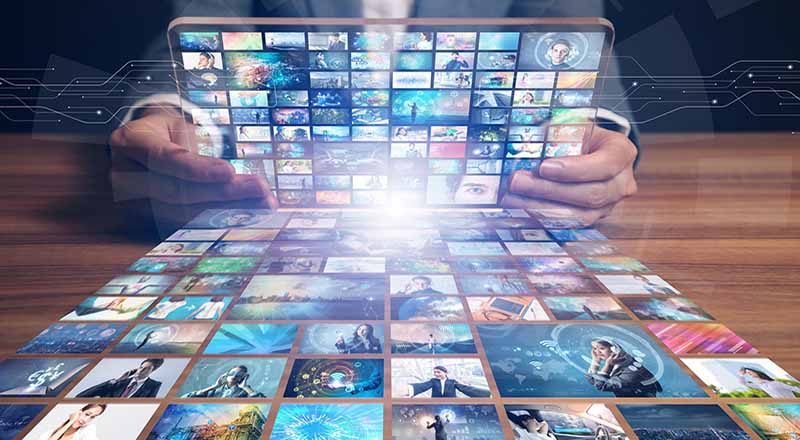 As the deadly virus which has already claimed lakhs of lives around the world, has impacted global movie business over the past few months. There is a sharp increase in the  TV viewership is surging during the pandemic.

India is a terribly under-screened nation. In 2018, China had over 60,000 screens. In comparison, India doesn’t even have 10,000. There are only eight screens per million people, with two-thirds of Indians lacking access to movies when they are released.

As per the survey conducted jointly by KPMG and Eros Now, Indians spend more than around 70 minues per day on online video platforms, with a consumption frequency of 12.5 times a week or more than once a day, it said.

We have been hearing about death of cinemas ever since home entertainment started, but experts also feel that multiplexes will have to react to the OTT threat and introduce new consumer offerings and enhance their customer experience.

For this report, a survey was commissioned across 1,458 over-the-top users in 16 cities including Delhi, Mumbai, Kolkata, Bengaluru, Hyderabad, Pune, Ahmedabad, Jaipur, Ludhiana, Panipat, Nagpur and Madurai, to ascertain the usage of OTT platforms by consumers.
“Nearly 87 per cent of the respondents consumed content on their mobile phones, with nearly 28 per cent of the respondents consuming content during the traditional office hours of 10 am-6 pm,” the report revels.

Box office revenue is already being hit from a number of quarters. This year, OTT revenues will overtake theatrical revenues for the first time, according to Ampere Analysis. SVoD has already surpassed cinema in the US, and the trend is widening to include European and Chinese markets. All in, OTT is predicted to reach US$46 billion in 2019, beating worldwide box office receipts of US$40 billion.

Among many reason the high price tickets in the Multiplex is a major issue also and now it is COVID 19.With the factor of social distancing, most of the people will not visit to the cinema hall, out of fear factor of infections.

There’s clearly an appetite for content among some consumers whether on the big screen, or a smaller one. The key for cinema is to understand that while SVoD subscribers are more avid cinema goers, this may not always be the case. Therefore, the shared experience of watching a film on the big screen must remain an enticing – and realistically priced – one.”

A lot of producers feel that faster broadband, cheaper smart TV sets and proliferation of video streaming services will have an impact on the film industry in general and multiplexes in particular.

Though it is just the beginning, but some of the questions being raised at the board room of the studios and multiplexes are on the business models and what next.

With the multiplexes lose footfalls, the OTT to complement the multiplex business and many chances are there where the multiplexes would look for the alternate avenues. Due to this pandemic, the broadcast television had seen a 32% spike in viewers watching “a lot” more programming compared to the month before, and cable TV had seen a similar 31% jump, likely a result of people watching the news for developments around the coronavirus pandemic.

India’s largest cinema chain is thriving in the era of OTT. Single-screen theatres will have a tough time ,whereas, the over-the-top platforms like Netflix and Hotstar business to boom.

Rajendar Singh, vice-president, programming and distribution, INOX Leisure Ltd added that it was too early to comment and only time would tell how theatre owners would respond to the crisis, if there is one

More people, however, were using their newfound free time to play video games, with 65% of consumers saying they were spending more time with their Microsoft Xbox, Sony PlayStation, or Nintendo Switch.