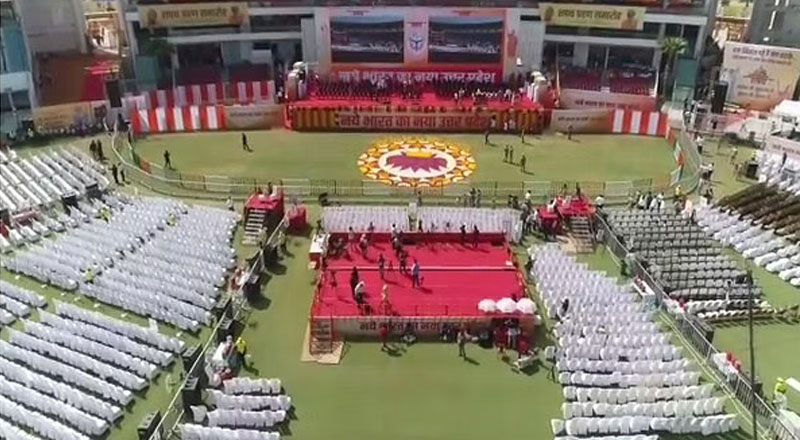 Congress leader Rahul Gandhi, Bahujan Samaj Party supremo Mayawati among others have also been invited.
Yogi Adityanath on Thursday met Governor Anandiben Patel and staked a claim to form the government in the state after he was elected leader of the BJP legislative party.

Religious leaders are being invited in large numbers to give their blessings for the government to work for the people of the state in the next five years. Prominent Yoga Guru Baba Ramdev will also be present at the ceremony.