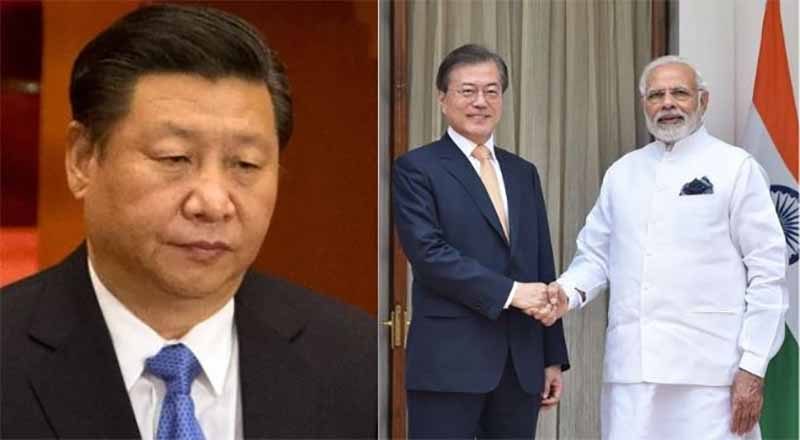 Coronavirus is expected bring fortune for India, many countries including from Korean are pulling their set-up out of China, and are looking for ‘favourable’ nations like India. India is all set to become a manufacturing base for Korean companies for their global markets.

Due to the rising trade war tensions between the United States (US) and China, several South Korean companies might consider moving their units from the communist nation to India, The Times of India reported .

According to the report, the Korean consulate in Indian city of Chennai has been working with many requests from their companies with established units in China. While, some are still in their preliminary stages, others have reached the advanced stages of discussion.

“We have requests from two iron and steel companies, some startups and one from the hospitality sector which wants to come to India from China,” said Yup Lee, the deputy consul general for the Consulate General of The Republic of Korea.

Lee also said the government of India had shown interest in setting up Posco and Hyundai Steel factories in Andhra Pradesh, while also informing that the two companies agreed to setup units in the state if they made some investments.

Korea seems to have realized that Japan’s decision to move early into India in the 1980s when Suzuki had set up its first car manufacturing plant near New Delhi was comparatively a wise move while Korea around that time was caught up with China. Korea had committed a mistake by putting all eggs in one basket, it feels.

He, however, added the COVID-19 Pandemic was going to cause delays in the process, and India’s capacity invest in these two companies would also depend on how soon the economy restarts. “So far no actions from the two companies. Mainly because of low demand.”

Besides the two behemoths, there are a number of companies which want to come to India. But with Covid, there might be some delays,” he said.

There has been a rising sentiment among many Indian lobbyists and industrialists asking the government to attract companies if they want to move out of China amid the trade war. The sentiment has only risen since the outbreak of novel coronvirus.

HDFC Bank chairman Deepak Parekh recently said the Indian government must open up and receive Japanese companies that want to get out of China as part of de-risking strategy by the Japanese government, which has reportedly invest about $2 Billion to bring companies out of the communist nation.

“We should make it easy for the Japanese to come to India rather than them going to Malaysia, Vietnam or Thailand. States have to take the initiative and offer them 2,000 to 5,000 acres in some special zone where they do not have to look for land or building approvals,” said Parekh.