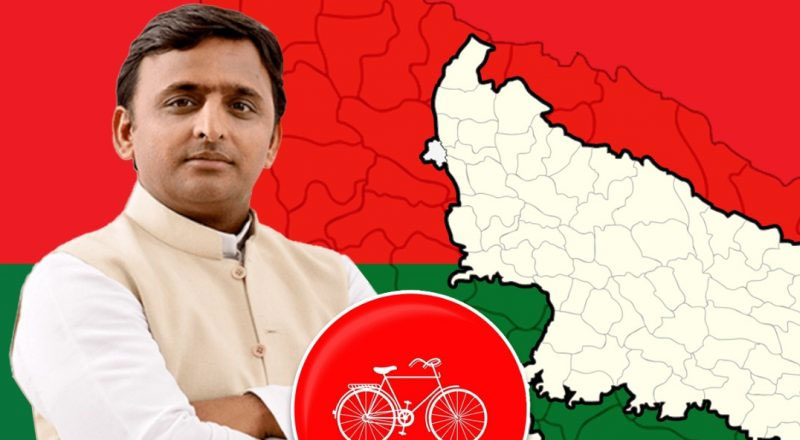 Alleging irregularities in the recently concluded Uttar Pradesh assembly elections, Samajwadi Party national president Akhilesh Yadav on Monday said that the film “The Kashmir Files” has been released at this time so that there is no debate on the poll irregularities.

The SP chief was speaking to the media during his thanksgiving trip to Azamgarh, where his party won all 10 assembly seats.

“The committee should decide how the money being earned through the tax on “The Kashmir Files” should be spent,” he said.

As for alleged irregularities in the Uttar Pradesh assembly polls, Akhilesh Yadav said the counting of votes was stopped at many places in the state. For instance, in Varanasi South, the Samajwadi Party candidate was leading till 20 rounds (of counting), he claimed. But counting was stopped and, after some time, it was declared that the Samajwadi Party candidate lost the election, Akhilesh Yadav further said.

Akhilesh Yadav said that the forthcoming MLC election is a big challenge. Voting for 36 seats of the Uttar Pradesh Legislative Council, under 35 local bodies, will take place on April 9.

He also said that he would not go to Yogi Adityanath government 2.0 swearing-in ceremony, because he will not be invited. Even if he is invited, he will not go, he added.

The Samajwadi Party chief targeted the Bahujan Samaj Party which won only one seat in the UP assembly elections. He alleged there had been a buzz that the BSP joined hands with the BJP tacitly. On EVMs, he said that this is not the time for a debate on the matter.

Akhilesh Yadav thanked the people of Azamgarh. He said that the assembly election result in the district was historic despite the BJP’s effort to beat the SP.

“Our government may not have been formed but we are not defeated. The SP’s tally of seats has increased and so has the vote share,” he said.

The SP also did well in some other districts of eastern Uttar Pradesh. It won four out of seven assembly seats in Ballia, three out of four in Mau and all seven in Ghazipur with its ally SBSP.