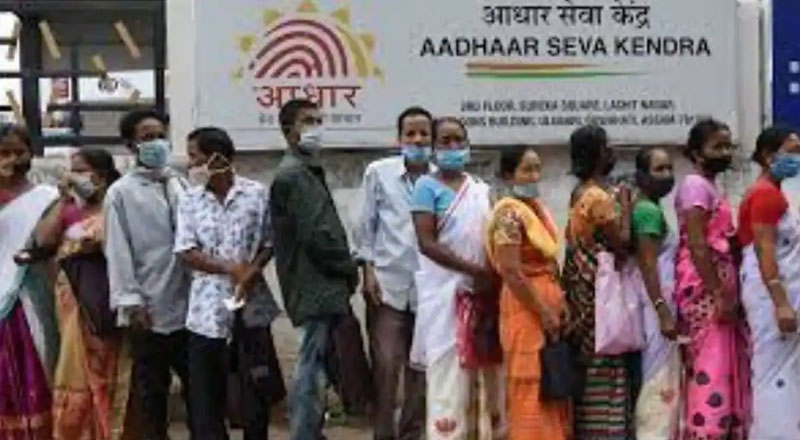 New Delhi: On Monday, the Supreme Court issued notice in a Public Interest Litigation petition asking directions to issue Aadhaar cards to approximately 27 lakh people who were added to the Assam National Register of Citizens’ supplementary list released in August 2019.

In the case filed by All India Trinamool Congress Rajya Sabha MP Sushmita Dev, a bench of Justices UU Lalit, S Ravindra Bhat, and PS Narasimha issued notice to the Union Government, the Registrar General of India, the Unique Identification Authority of India (UIDAI), and the State of Assam.

The question in the case, according to Senior Advocate Bishwajit Deb, who represented the petitioner, was whether persons whose names were included in the second NRC list may be denied Aadhaar cards. He stated that the current number of such people is 27.43 lakhs. He went on to say that while those on the first NRC list, published in December 2017, have received their Aadhaar cards, those on the supplementary list have yet to obtain theirs.

“My only wish is for the Aadhar card to be issued. Denial of Aadhar entails denial of fundamental services and necessities. According to the Aadhaar Act, every resident is entitled for an Aadhar Card “When the bench questioned what the petitioner’s complaint was, Deb said. The bench agreed to issue a notice and set a date for the case to be heard in May.

The petition was submitted via Advocate-on-Record. According to Tulika Mukherjee, those whose names were included in the Final List attempted to apply for Aadhar Cards, but their applications were refused by the UIDAI. The petitioner claims to have received representations from a number of people who have been unable to obtain Aadhaar cards. The suit claims that denying Aadhaar cards to people on the second list amounts to discrimination and arbitrariness, resulting in a violation of Article 14.