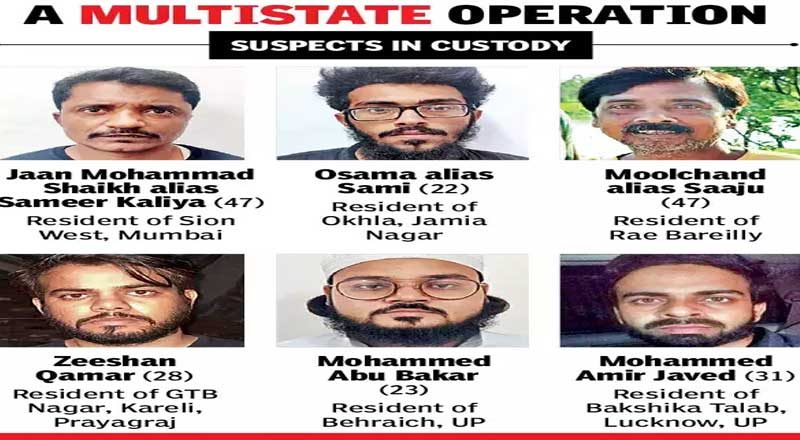 The Indian intelligence establishment and Delhi Police’s special cell have foiled a sinister plan hatched by ISI and D Company to carry out multiple blasts and target killings across multiple cities. In an elaborate multi-state operation, six alleged terror operatives have been arrested.

According to Delhi’s anti-terror unit chief, Pramod Kushwaha, police had recovered IEDs containing RDX, grenades, Beretta pistols and ammunition. These had been stocked to be used on attacks planned on large congregations during the upcoming festivals.

Dawood Ibrahim’s brother Anees was directly coordinating execution of the plot and handling recruitment, finance, transport and other logistical aspects through his underworld channel.

The first to be arrested was the chief handler and D Company henchman, Jaan Mohammed Sheikh alias Sameer Kaliya 947), a resident of Social Nagar, Mumbai.

According to the police, the arrested persons were tasked separately to execute different aspects of the terror plan.

The suspects are being interrogated about the identity and locations of other members of their syndicate and they have been taken on remand after an FIR has been registered and produced before the court.