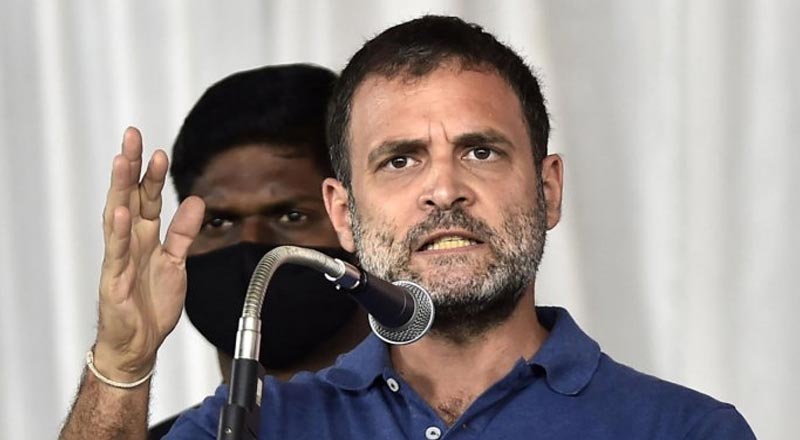 Amid claims that 40 lakh people in India had died due to the ongoing COVID-19 pandemic, Congress leader Rahul Gandhi on Sunday hit out at Prime Minister Narendra Modi and the BJP-led Central government.

While the country’s official figures put the number of casualties at 5, 21,751 (as of Sunday morning), a recent report in New York Times had cited the World Health Organisation to claim otherwise.

“Modi ji neither speaks the truth nor lets others speak it. They still lie that no one died due to oxygen shortage!” Gandhi tweeted in Hindi today, sharing a screengrab of the New York Times report.

Gandhi further alleged that the Central government’s ‘negligence’ had led to the death of 40 lakh Indians. “Do your duty,” he urged PM Modi, calling for compensation of Rs 4 lakh to be given to every victim’s family.

India had earlier questioned the World Health Organisation’s methodology to estimate COVID-19 mortalities in the country. Responding to a New York Times article titled “India Is Stalling WHO’s Efforts to Make Global Covid Death Toll Public”, the Health Ministry said that such a mathematical modelling cannot be applied to estimate the death figures for such a vast nation of geographical size and population.

According to the Ministry, the analysis uses mortality figures directly obtained from Tier I set of countries, and uses a mathematical modelling process for Tier II countries (which includes India).

“The model gives two highly different sets of excess mortality estimates when using the data from Tier I countries and when using unverified data from 18 Indian states. Such a wide variation in estimates raises concerns about validity and accuracy of such a modelling exercise,” an official statement added.