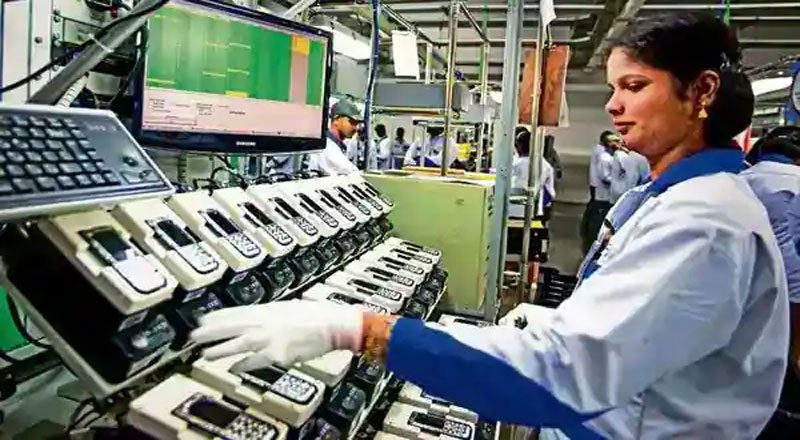 India’s mobile exports have increased to US$ 578mn (Rs 4,300 crore) in the April-June 2021 period as against US$ 175mn (Rs 1,300 crore) in the same period in 2019. This three-fold growth is a sign of economic recovery facilitated by the Production Linked Incentive (PLI) announced by the Government of India for the Electronics Manufacturing sector.

The sector has registered a 100% increase in exports, and a year-on-year reduction in the imports of mobile phones to US$ 80 mn (Rs 600 crore) during the period. While aggressive manufacturing and a robust export outlook may have enabled the mobile phone space, much more remains to be done for the laptop and tablets space.

As per ICEA data, the April 2021 quarter saw an increase in tablet and laptop imports at US$ 1.346bn (Rs 10,000 crore). Efforts are underway to strengthen both domestic manufacturing and export capabilities for the space.

India is on its way towards becoming the world’s leading manufacturer of mobile phones and is currently the largest market for mobile applications. Domestic production had grown to 11 million units in 2017 from 3 million units in 2014, marking a 11% increase.

The Phased Manufacturing Programme (PMP) announced in 2017 has been credited for the effective scaling up of the industry’s domestic manufacturing capabilities. Experts observed that the national demand for mobile phones has been on an upward trend since 2002 given their portability and cost-effectiveness.

The mobile phone space currently has more than 100 participants including domestic and international names such as Samsung, Xiaomi, Reliance Group, Oppo Mobiles, Lava, Karbonn and Micromax. Smartphone consumption has increased to 30 million purchases per quarter since 2019 and is expected to reach 1.4 billion purchases by 2021 as per the Ericsson Mobility Report.

Following the announcement of the PLI schemes, companies such as Samsung and Apple are localizing production through their suppliers including Pegatron, Wistron, Rising Star, and Foxconn Hon Hai. The industry can expect to experience growth in manufacturing and exports with the aid of future-forward policies like the Atmanirbhar Bharat Abhiyan and Make in India.