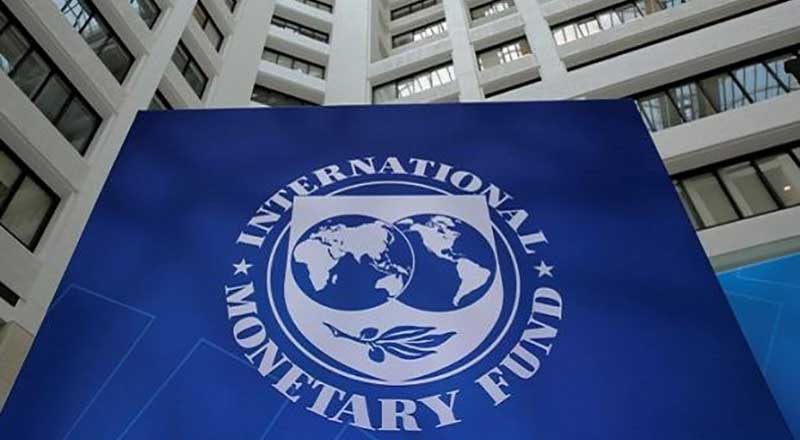 The world economy is slowing to its weakest pace since the global financial crisis, as the US-China trade war undercuts business confidence and investment, the IMF said Tuesday. WEO said India’s growth in 2019 is sharply lower than the 6.8 per cent in 2018 “for idiosyncratic reasons, but is expected to recover in 2020”. The reduction in India’s growth projection for this year “reflects a weaker-than-expected outlook for domestic demand”, WEO said. However, India still retains its rank as the world’s fastest-growing major economy, tying with China, with a projected growth rate of 6.1 per cent for the current fiscal year.

The IMF has also cuts global forecast by 20 basis points for 2019. Its Economic Counsellor and Director of the Research Department, Gita Gopinath said that the global economy is in a synchronised slowdown and the fund once again, is downgrading growth for 2019 to 3 per cent, its slowest pace since the global financial crisis. Growth continues to be weakened by rising trade barriers and increasing geopolitical tensions.

India’s growth forecast has been slashed by the International Monetary Fund or IMF for the financial year 2019-20, however the country still retains its rank as the world’s fastest-growing major economy, tying with China. “India’s economy is set to grow at 6.1 per cent in 2019, picking up to 7 per cent in 2020. The downward revision relative to the April 2019 WEO of 1.2 percentage points for 2019 and 0.5 percentage point for 2020 reflects a weaker-than-expected outlook for domestic demand,” the IMF said in its World Economic Outlook (WEO). In its previous outlook released in July, the IMF had projected a 7 per cent growth rate for India.

“India’s economy decelerated further in the second quarter, held back by sector-specific weaknesses in the automobile sector and real estate as well as lingering uncertainty about the health of nonbank financial companies,” said the World Economic Outlook released ahead of the annual meeting of the IMF and the World Bank.

In India, growth softened in 2019 as corporate and environmental regulatory uncertainty, together with concerns about the health of the nonbank financial sector, weighed on demand, it said.

In its report, the IMF said that in India, monetary policy and broad-based structural reforms should be used to address cyclical weakness and strengthen confidence. A credible fiscal consolidation path is needed to bring down India’s elevated public debt over the medium term.

This should be supported by subsidy-spending rationalisation and tax-base enhancing measures. Governance of public sector banks and the efficiency of their credit allocation needs strengthening, and the public sector’s role in the financial system needs to be reduced, it said.

Reforms to hiring and dismissal regulations would help incentivize job creation and absorb the country’s large demographic dividend. Land reforms should also be enhanced to encourage and expedite infrastructure development, the IMF said.