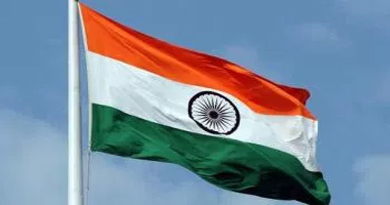 Every year the Independence Day is celebrated with much fanfare and patriotism, with emotions and sacrifices that bind all the citizens together. So, then what is the need to ‘Save the Tiranga’, again. Well there is and Micromax is urging just that, on this Independence Day.

Every year, the many small Indian Flags that we buy as a symbol of our pride, in reality could unknowingly be a shameful act. Because from child labour, to disrespect, to creating non-biodegradable waste, there are many facets to it. Each having a deep negative impact on our society.

Micromax, through its campaign, hopes to question our hypocritical notion of patriotism in a sarcastic tonality and hence probe the viewer to relook the traditional way of celebrating patriotism.

Commenting on the campaign, Shubhodip Pal, Chief Marketing & Commercial Officer, Micromax Informatics, “Independence Day is a day to celebrate our freedom and its time we celebrate it responsibly. We see children selling flags on traffic signals, market areas and we even buy them. We proudly raise the National flag but unknowingly, post the day ends, it doesn’t get the respect it deserves. They are rolled in a corner and at times left to gather dust. While digital is changing all walks of life, why not the way Indians celebrate 15th August. We wanted to give each Indian a chance to show real respect to the flag and hence are launching ‘The Tiranga App’ which can be installed on any smartphone and one can raise the National flag respectfully and digitally. It is the first digital flag for the Indians which will not only stimulate the sense of nationalism but would also create awareness to pay due respect to the national flag.”