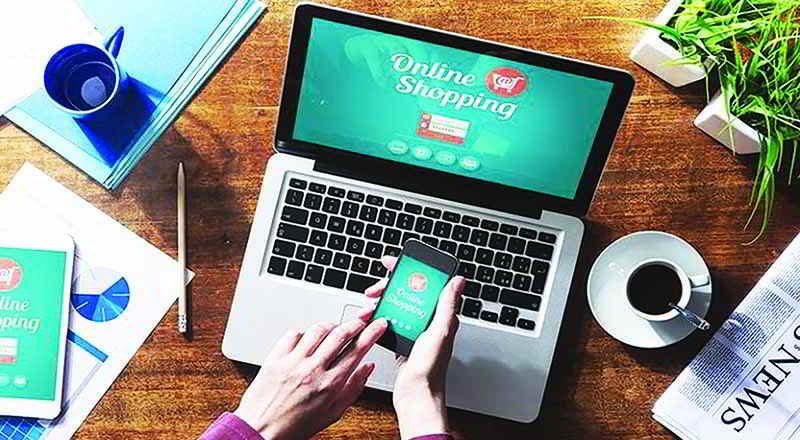 The government took a number of steps and barred e-commerce firms from selling products of the companies in which they have equity stakes or management control. The commerce and industry ministry also prohibited e-commerce companies from entering into an agreement for exclusive sale of products.

The law that will be enforced to keep an eye on the online marketplaces with foreign investment are going to help and hinder many. The new rule in the policy bars any entity related to ecommerce platforms from selling on that site and imposes a limit on how much one vendor can sell on a particular portal. The policy also prohibits ecommerce platforms from giving any preferential treatment to any supplier.

Trader body CAIT has welcomed the government’s move to tighten norms for sale of products by e-commerce firms but demanded introduction of an e-commerce policy and regulator to monitor the sector. “It is a big achievement after a long struggle for years. If it is implemented in proper spirit, mal-practices and predatory pricing policy and deep discounting of e-commerce players will be a matter of past,” Praveen Khandelwal, Secretary General, Confederation of All India Traders (CAIT) said. He further said that the government should implement it with retrospective effect from April 1, 2018.

The idea is intended to prevent predatory pricing and deep discounting. The curbs follow intense lobbying by India’s many millions of small shopkeepers and the middlemen who serve them, particularly after Walmart this year spent $16 billion to acquire Flipkart. There were various trade associations from across the country that had approached the government on this issue of predatory pricing and spoiling the business in India.

Initially when e-commerce companies entered India, they said that they had complete convenience in mind while serving customers. “But the business module has changed over the period of time and with this many business houses have closed their shops and establishments,” says Champak Gurjar, President-FAIITA. He further said that FAIITA with its initiative has already signed a MoU with laptop brand owners to control disruptive pricing on OLS.

With this new law, Amazon Prime and Flipkart Plus could run into difficulties that seeks to ensure that these platforms are truly impartial marketplaces. This effectively prohibits any entity related directly or indirectly from selling on a platform.

With the new norms, Cloudtail can’t sell on Amazon. It can’t be given favourable terms for warehousing or logistics. Amazon India’s largest seller, Cloudtail, is a joint venture between NR Narayana Murthy’s Catamaran Ventures and Amazon. There are news doing round that Amazon may have to sell Cloudtail and Appario stakes. Appario is a joint venture of Amazon and the Patni Group. This may effectively lead to Amazon offloading its investment in Cloudtail and Appario, which forms majority of its sales.
Cloudtail and RetailNet and others are expected to hold talks with these brands over the inventory they hold. This is a big problem as they weren’t expecting a shock. Experts feel the immediate next step will be that if Amazon plans to sell its stakes in the two companies, for the first time these sellers will be valued on an independent basis, providing an insight into the valuation of these large sellers on the platform, whose sales itself account for hundreds of millions of dollars every year.
With these new regulations, people who buy goods online will no longer get deep discounts. They will also not get other services such as free or faster delivery and cashbacks. Ecommerce marketplaces or entities in which they have direct or indirect equity participation or shared control have to provide services to vendors on the platform at arm’s length and in a fair and non-discriminatory manner. This could put to an end selective promotional schemes such as cashbacks or faster delivery, which will be deemed unfair and discriminatory under the new policy.
Since the policy restricts vendors from selling more than 25 per cent of products on an e-commerce platform, it will discourage many small entrepreneurs, especially home businesses that thrive even without brick-and-mortar operations. These small vendors will need to enhance production capacity and invest in inventories to meet the new requirement. The New policy which is coming to force is really a good news for the brick and mortar shops in the country. This action shows Government’s action to keep the promise towards ‘Sab kesaath, Sabke Vikas’.
When the government introduced rules that restricted large sellers on platforms such as Flipkart and Amazon from contributing more than a quarter of sales, online retailers set up structures to get around those loopholes by mandating other sellers to buy from those large sellers and then in turn sell those products on e-marketplaces. At the same time, large sellers formed multiple entities, which sold their products separately on online marketplaces.
The e-commerce sector has impacted the business in India, estimated 25 million small store owners that largely supported Modi in the 2014 general election. While seeing the new rules as a step in the right direction, many small businesses feel too much damage has been done after Modi went back on promises that he would not allow the entry of foreign companies into the domestic retail sector. However, some experts believe that lawyers will find a way to work around the updated guidelines as well, which come in effect from 1st February 2019.
“While one waits for the final draft of the e-commerce policy, the latest changes in the FDI rules promises to bring transparency into e-commerce industry and provide a level-playing field to all players in the ecosystem, including domestic sellers and smaller traders. The alleged preferential treatment meted out by some e-commerce companies to select vendor will also stop due to these changes,” says Rahul Bahukhandi, Co-Founder LaYuva.