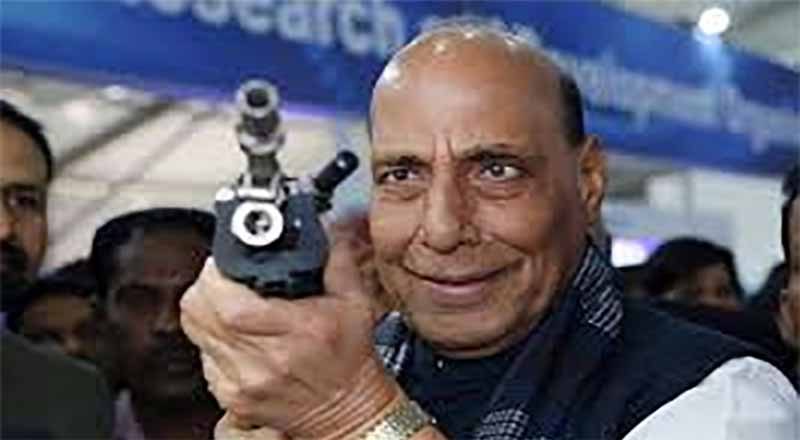 Defence Minister Rajnath Singh, in a welcome move, has banned imports of several defence items in order to move decidedly in the direction of self-reliance in defence. PM Modi has taken a personal interest in the matter and in a major decision India has jettisoned its old policy of a blanket ban on export of arms (only non-lethal materials like tents, clothing etc were kosher earlier).

Major steps are also in the pipeline to re-organise the Defence Research and Development Organisation (DRDO) and make it more efficient.

Moving to corporate ordnance factories is a move in the right direction.

This is not the first attempt at the reform of the defence sector, and the reasons for failure of past efforts need to be understood if we have to succeed this time around.

India has had a chequered history of past attempts at self-reliance in defence.

Pune-based think-tank Inpad has been working towards this objective for over two decades.

In 2000, one of the founders, Late Lieutenant General Eric Vas had proposed precisely this. The idea was that the ban on imported weapons would act as a spur to indigenous research and development.

This move to ban defence imports is a ‘demand’ side measure to promote self-reliance.

The expectation was that like in case of space technology, this will spur indigenous products.

In the same year, in January 2000, Inpad organised a talk by a programme director from DARPA (Defence Advanced Research Project Agency), a premier American organisation for defence research that is credited with inventions from the Internet (initially called Darpanet) to stealth technology and much more.

The idea was to understand the DARPA model (an independent funding agency and open competition) and see its efficacy in India.

“In the same year, I was invited to attend a national seminar (as part of the golden jubilee of the Republic) on defence and science technology interface held at IIT-Delhi and the final session at IIM-Bangalore”, recollects Retd. Col Anil Athlaye.

“On both occasions, I had put forward a simple suggestion — to associate students from institutes of technology with defence research by encouraging them to undertake final year projects in the field of defence.

The idea was that these young minds will generate new technological solutions to the problems faced by the defence forces.

But such is the formidable inertia in the bureaucracies (both civil and military) that neither of these simple suggestions reached anywhere.

If we had acted on the suggestion to link young students at institutes of technology with defence research then, in the last two decades we would have certainly not remained a slave to imported weapons for defence.

The first and immediate step that needs to be taken in this matter is to involve graduate students (via their final year projects) with finding ‘solutions’ to problems in defence.

Emphasis is on finding solutions and not just ‘products’ as that will widen the scope and could give the Indian armed forces ‘unique’ and new weapons to deal with threats.

The false bogey of secrecy needs to be buried deep as information about most of the Indian weapons of imported origin is freely available to our adversaries.

In the medium term, we must explore the possibility of starting departments of armament technology in selected institutes as a specialised discipline at the post-graduate level.

It is time we end the DRDO monopoly in research in the field of armament.

We have a window of opportunity as due to COVID-19 as well as restrictive policies in the US, the usual annual exodus of bright young students to greener pastures to the West has been stalled, albeit temporarily.

The education ministry and private trusts must exponentially increase funding for research, create more doctoral and post-doctoral positions, to give a jump start to all research including in the defence field.

We must seize the opportunity provided by the COVID-19 crisis to kick-start indigenous research efforts.

Essentially, all the solutions provided above and suggestions are managerial in nature and more like a band aid.

To put defence research on a sound footing, we need to address certain fundamental issues”, he concluded.