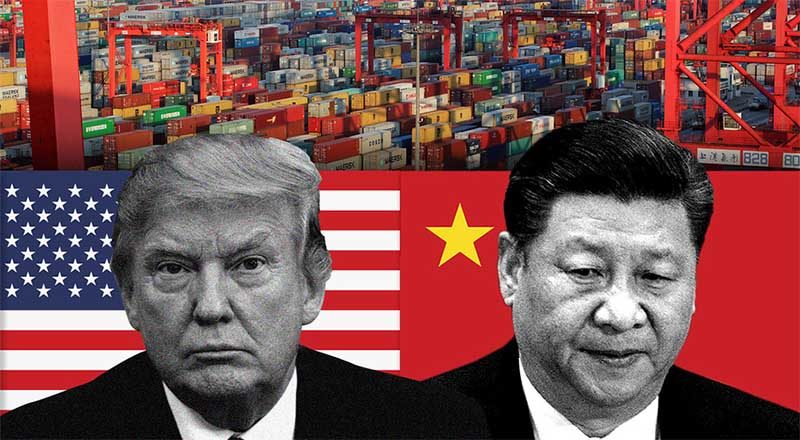 Trump gives final touches to his $200-bn bomb, US-China trade war enters new phase. With the trade war between the U.S. and China has escalated with new tariffs imposed by both sides. The dispute began with US President Donald Trump’s complaints about the bilateral trade balance and access to China’s market. It will profoundly reshape the global economy.

The door for compromise and restoring a functional relationship between the United States and China appears to have closed. The 10 per cent tariffs on US$200 Bn (£153.7bn) of Chinese goods, rising to 25 per cent from January 1, is the final straw. and has threatened to eventually impose tariffs on all Chinese imports if Beijing does not agree to its demands.

If China wants to play smartly, they could just shut off the export to The USA valve and empty America’s shelves and totally collapse America’s economy… exactly what Putin wants trump to push China to do and the question comes will the US-China trade war rivalry reverse the worst economic trends in both countries? That will spur Beijing to take up more meaningful easing measures such as tax cuts and boosts to credit and liquidity in China’s financial system.

The US’ point of argument is that China makes money from the US and is using it to push America out of Asia and elsewhere. It is difficult to see how the US could climb down from this position. To follow its rhetoric, it will try to cut off China from its market and block technology exchanges.

In Box: This short term issues will pain to both nations, and to the world, but it may prove beneficial to all in the long run. 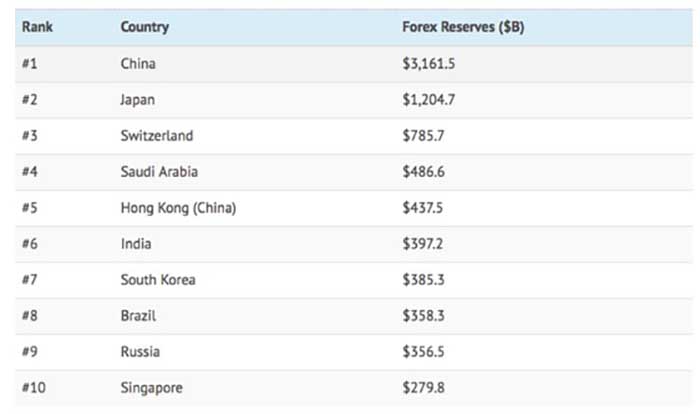 The big cost will come if and when supply chains are moved out of China. The process is inflationary. It is not just inflating the US$500 Bn of imports from China. Imports from other countries will also rise, due to less competition from China. Inflation raises living costs for most Americans who live from pay cheque to pay cheque. Bubbles bursting is a necessary condition to bring sense to all players.

The Chinese government will continue implementing measures in order to cushion its economy from the impact of the ongoing trade spat with the U.S.

“We are not expecting any major growth correction because we think the potential impact from trade tariffs will be partially cushioned by the policy easing measures taken by the policy makers.

U.S. tariffs appear to be affecting the Chinese economy already as the latest manufacturing data show slowing export orders. Beijing is likely to cushion that impact in September and October through new bonds. Beijing will not cut interest rates or loosen property policies.

When you run through the history in EU (European Union) in 2017, exports from EU (the collective of 28 member countries ) to Asia was bigger than that to the U.S.; and, more significantly, EU’s exports to Asia in the last decade have been growing almost twice as fast as its exports to the U.S. While Asia’s exports to the EU in 2017 was still slightly lower than that to the U.S., but it is also faster growing, making the EU increasingly more important to Asia, according to the IMF’s Direction of Trade data. From a simple perspective of market size, Asia today is far more important to the EU than the U.S., and the EU will soon be more important to Asia than the U.S.

Asia’s market size for imports reflects its vibrant and growing consumer markets that are increasingly prosperous. Asia today is just about as big as the U.S. China is now the largest market for an expanding list of countries, which includes Australia, Brazil, Russia, South Africa, South Korea and Indonesia, among others. Indeed, if the current growth rates of imports respectively in the U.S. and China hold in the next few years, by 2021 China may surpass the U.S. to become the largest market for imports in the world.

The big difference is, however, that private consumer expenditure in Asia is growing at twice the speed compared with the U.S. If Japan is excluded, Asia’s growth is three times faster. Even more striking is China where private consumer expenditure has been growing at an average of 13.8% a year in the last decade, over four times faster than in the U.S.

In 2017, China sold more than $500bn (£384.2bn) worth of goods to the US. By contrast, the US sold just $130bn (£101.4bn) to the Chinese. By seeing to China’s $375bn (£288.2bn) trade surplus with the US in 2017. “That means they have more to lose at the end of the day than we do and the report also says, Chinese is sitting in 3 trillion plus foreign reserves is consistently maintaining USD 3.109 trillion from August to July of 2018. Which will help a country buoy local currency or even provide insurance in the case of a national economic emergency. With this China has the largest forex reserves in the world.

Here is a list of the top 10 countries – China tops the list with a solid $3.2 trillion in reserves held:

U.S. dollar and the euro are the most common reserve currencies used in international transactions. As a result, United States do not need to hold as many reserves. Earlier this month, President Trump said the fall in china’s stock market this year is evidence that his tariffs are having the desired impact and that the US is winning the trade war.