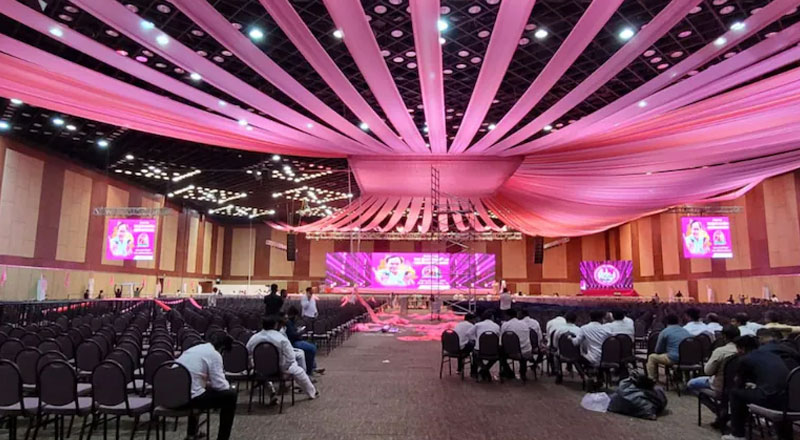 The Telangana Rashtra Samithi (TRS) will be celebrating its 21-year anniversary on Wednesday, April 27 at the Hyderabad International Convention Centre. A plenary session of the party will also be held.

The Telangana Rashtra Samithi (TRS) party is celebrating its 21-year anniversary on Wednesday, April 27. A plenary session of the TRS will also be held, where 11 resoltuions will be passed.

To commemorate the occasion, lavish arrangements have been made for the upcoming plenary session of the TRS party at the Hyderabad International Convention Centre (HICC) on Thursday.

The organisation was founded by president K Chandrashekar Rao on April 27, 2001. The party was created with one primary agenda: to create a separate Telangana state with Hyderabad as its capital.

TRS working president KT Rama Rao took to twitter to mark the occasion. “Two decades ago, our leader Sri KCR Garu founded the TRS Party to make the aspirations of people of #Telangana a reality. Very grateful to be a part of this inspiring journey from agitation to administration!” tweeted KTR.

At the plenary session, party members will discuss and pass 11 resolutions, including ones on national and state issues.

About 3,000 delegates are expected to take part in the plenary session. Ministers, MPs, MLAs, MLC, chairpersons of various Corporations, Zilla Parishad chairpersons, Mayors and Municipal chairpersons have been invited to the meeting.