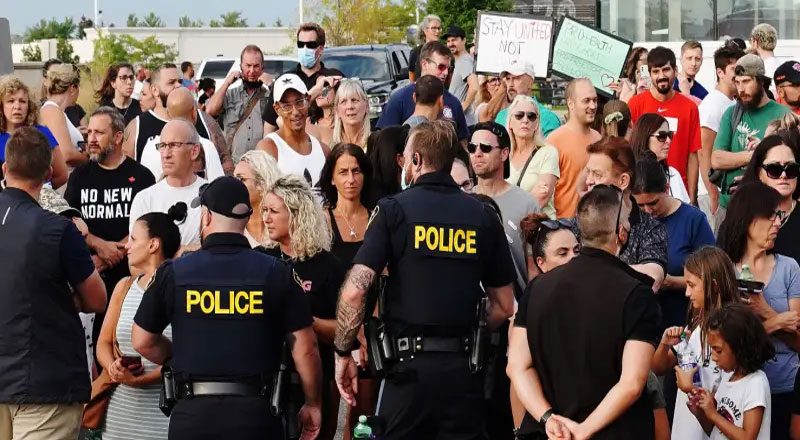 iberal Leader Justin Trudeau has no intention of backing down to protestors, despite having to cancel a rally last week due to safety concerns.

Sunday’s event was delayed more than hour as the throng of people blocked the entrance to the local sheet metal business where Trudeau made the first big climate announcement of his re-election effort.

Speaking to reporters, Trudeau — sometimes barely audible over the sounds of protestors and police sirens — said he would continue publicly campaigning throughout the election and was “resolute” in his conviction to “move Canada forward.”

“I’m not going to back down on a message that Canadians know is the right path forward,” he said.

Do we fall into division and hatred and racism and violence? Or do we say ‘no, you know what, that doesn’t work to get us to back down, that won’t scare Canadians from standing up for what’s right.’

“We double down and we move forward into the future we know our kids and grandkids deserve,” he added.