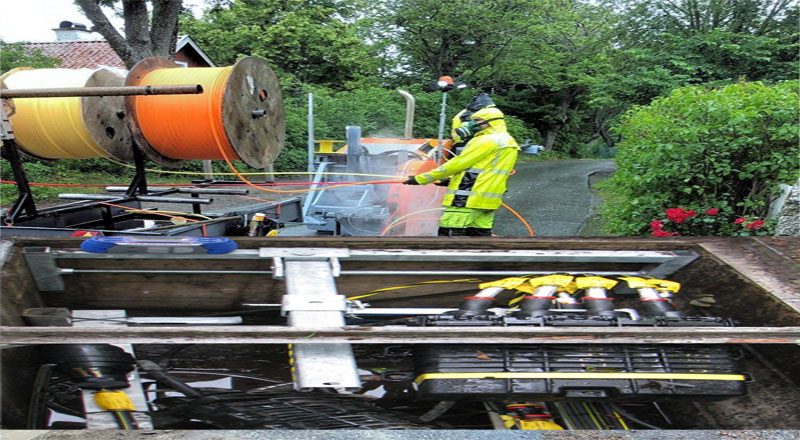 The UK government has come up with a £4m fund to support projects trialling running fibre optic broadband cables through water pipes in order to connect hard-to-reach homes without digging up roads.

The fund will be used to test out monitors in pipes that can help water companies identify and repair leaks more quickly. Almost a fifth of water supply every day is lost due to leaks and it is hoped that sensors could help deliver water companies’ commitment to reduce water loss by half.

Infrastruture works, in particular installing new ducts and poles, can make up as much as four-fifths of the costs to industry of building new gigabit-capable broadband networks, the government said.

The project is designed in such a way that it will help cut those costs and it is also a part of a plan to improve broadband and mobile signals in rural areas.

The digital infrastructure minister, Matt Warman, said, “The cost of digging up roads and land is the biggest obstacle telecoms companies face when connecting hard-to-reach areas to better broadband, but beneath our feet there is a vast network of pipes reaching virtually every building in the country.

“So we are calling on Britain’s brilliant innovators to help us use this infrastructure to serve a dual purpose of serving up not just fresh and clean water but also lightning-fast digital connectivity.”

The fund has been launched after the government in June kicked off a call for evidence on how more than a million kilometres of underground utility ducts could be used to boost the rollout of next-generation broadband.

A consortium, which could be made up of telecoms companies, utility providers and engineering companies, will be selected to deliver the project. Applications are due by 4 October and any proposal will require approval by the Drinking Water Inspectorate.

Electricity and gas companies, water and sewer networks and telecoms groups have until 4 September to respond to the consultation on changing regulations to make infrastructure sharing easier. Broadband cables have already been deployed in water pipes in other countries including Spain.