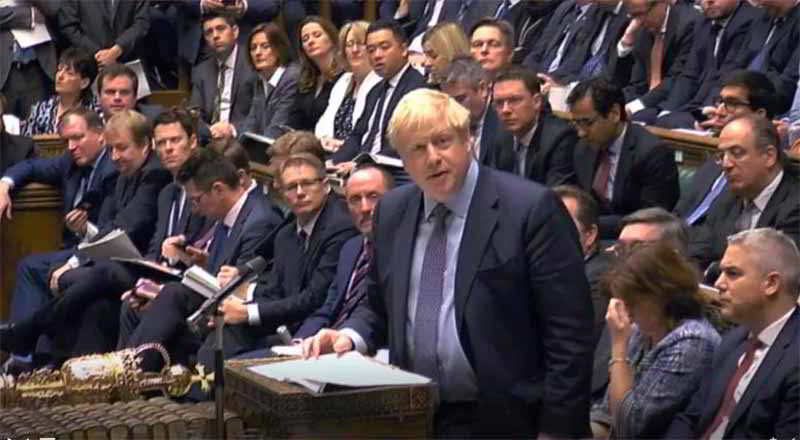 The UK economy has been delivered another fresh blow following the drama that has taken place in the British parliament on Saturday.

This is the stark message from the CEO of one of the world’s largest independent financial advisory organizations.

The comments from Nigel Green, chief executive of deVere Group, come as Prime Minister Boris Johnson faced a new setback after MPs backed a move – in the form of the Letwin Amendment – to delay a Brexit deal until further legislation is passed.

Mr Green notes: “One of the most important days in British political history became something of a damp squib as the Letwin Amendment rendered the Meaningful Vote meaningless.

“The prospect of a no-deal Brexit is now becoming increasingly likely.  As such, the government is said to be upping its no-deal preparations and is set to introduce legislation needed for the UK to leave the EU on October 31.

“The Prime Minister is clear that he will not negotiate a delay and says that the law doesn’t compel him to do so. He will tell EU leaders there should be no delays and that they should reject Parliament’s letter asking for a delay.”

He continues: “These extraordinary goings-on extend and intensify the ongoing Brexit-fuelled uncertainty and chaos.

“The event of not-so-Super Saturday will negatively hit UK financial assets, major investment decisions will continue to be put on hold by companies and organisations, as will big-ticket spending items by households, and confidence and opportunity will continue to be undermined.

“This will, of course, all compromise the British economy.”

He goes on to add: “Much of the chaos has already been priced-in to the pound, so it will be to some degree shielded from the events in parliament today.”

Mr Green concludes: “The tense and volatile geopolitical climate in the UK is one of the main headwinds for domestic UK and international investors around the world as what happens in Westminster can affect returns.

“UK and international investors in UK assets can be expected to respond to the continuing uncertainties by considering removing their wealth and assets away from the UK.

“Amid the uncertainty, one thing is certain: Whatever happens next, the ongoing Brexit nightmare is not going to end on Halloween.”