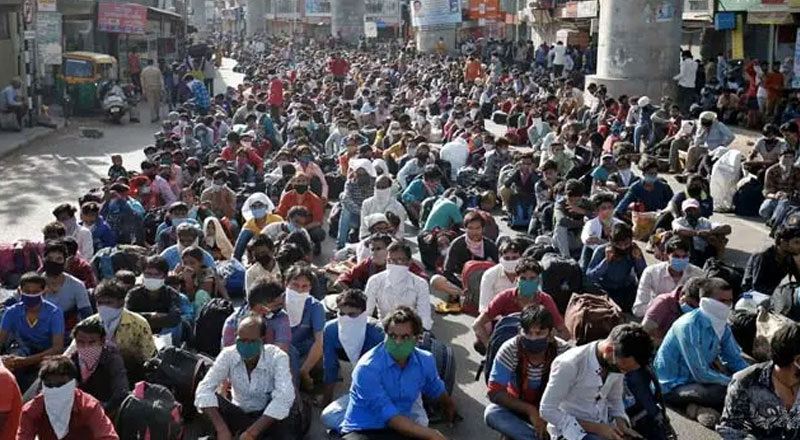 According to the latest data released by the Centre for Monitoring Indian Economy (CMIE), India’s unemployment problem shot up to 7.83% in April from 7.60% in March.

The data points out that due to the lack of decent jobs in cities, unemployment in urban areas is worse than that in rural areas. While rural data showed a marginal drop in unemployment from 7.29% in March to 7.18% in April, urban joblessness saw a sharp spike to 9.22% in April from 8.28% a month ago.

Some of the reasons for low employment rate in the urban market include lack of decent jobs, skills mismatch in available work and surplus staff in the current environment, according to Ajoy Thomas, vice-president and business head (retail, e-commerce, logistics & transportation) at TeamLease Services.

The labour market, according to him, will see a tougher challenge over the next couple of months both in the rural areas and urban pockets. In rural India, the sowing season is nearing an end, monsoon will pick up in parts of India and natural calamities like floods will restrict activities both in the agriculture sector and partially limit low-end self-employment avenues.

In an earlier report, the CMIE had said that the labour force had shrunk by 3.8 million during March 2022 to 428 million, the lowest in eight months. It also noted that both the employed and the unemployed have fallen simultaneously. While employment has shrunk by 1.4 million to 396 million, the lowest level since June 2021, the count of the unemployed fell by 2.4 million.

The data showed that Haryana recorded the highest unemployment rate of 34.5%. Among the southern states, Telangana topped the list with 9.9% followed by Kerala at 5.8%, Andhra Pradesh at 5.3%, Tamil Nadu at 3.2% and Karnataka at 2.7%.

The CMIE report further states that frustrated at not being able to find the right kind of jobs with decent pay, bulk of the 900-million workers of legal age in India have stopped looking for jobs altogether.