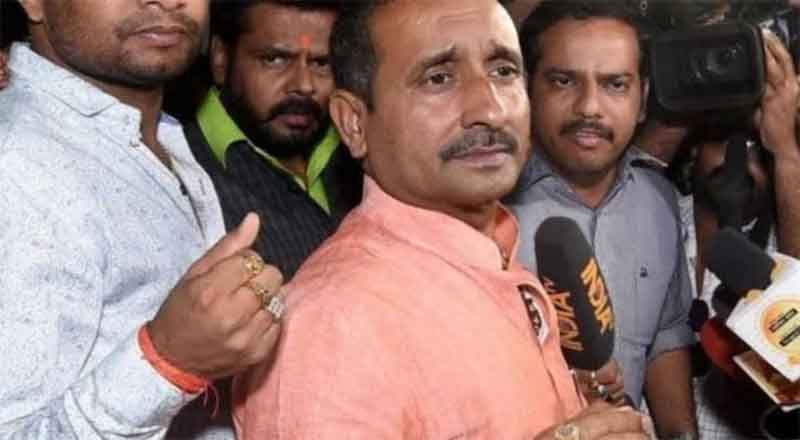 Ex BJP MLA Kuldeep Sengar was sentenced to life imprisonment by a Delhi court. He is also asked to repay Rs 10 Lakhs to the victim, and 15 lakh to the prosecution.

Earlier this week, the court had convicted him for raping a girl in 2017, who had gone to meet him at his residence seeking for a job.

While pronouncing the order, the Tis Hazari court said, “As a public figure, the people had faith in him, which was betrayed.”

The court convicted him under Section 376 (rape) of IPC and Section 5 (c) & 6, Protection of Children from Sexual offences (POSCOS) Act, which pertains to penetrative sexual assault on a child committed by a public servant.