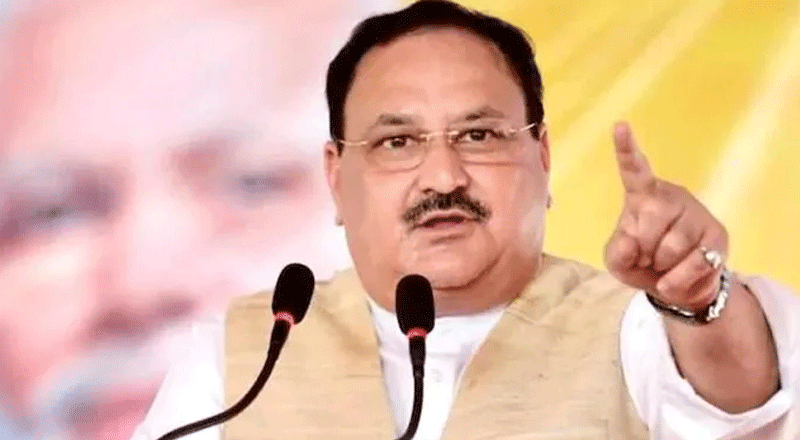 The BJP on Thursday concluded its two-day meeting of parliamentarians from Uttar Pradesh with a resolve to ensure better coordination with the state government. The state goes to polls next year.

At the New Delhi meeting, the party’s national president, JP Nadda, instructed the MPs to take the message of the central and state governments to the people once the monsoon session of parliament ends, according to a party leader who attended the meeting.

The MPs have been asked to prepare a list of people who have benefited from central and state government schemes, and also to promote those schemes through videos on social media, the people cited earlier said.

In line with this plan, the MPs are expected to prepare a list of beneficiaries who have used Ayushman Bharat scheme for Covid-19 treatment. Their account of how the scheme came to their aid is to be popularised on social media through videos.

The MPs have also been asked to visit at least two ration shops every week in their constituency and ensure that free ration under the PM Gareeb Kalyan Scheme is distributed in packets which will carry the photos of Prime Minister Narendra Modi, chief minister Yogi and the MP of the region

The BJP has already been reaching out to its state legislators for feedback and redress of grievances.

At the meeting, Nadda praised the Yogi government for what he said was better management of the Covid crisis in the state during the first and second waves of the infection. He also asked party MPs to spend maximum time in their constituencies and highlight the work done by the state government.

It was a routine meeting which happens regularly. For the past few months, it didn’t take place because of Covid,” Kanta Kardam, BJP Rajya Sabha MP from UP told ET. “We have been asked to overview the various government schemes and Covid vaccination programs in our respective areas.”

The party has also decided to organise ‘sammelans’ on the lines of the Opposition parties’ ‘Brahmin Sammelans’. The party’s OBC, SC and ST Morcha will organise ‘backward’ and ‘SC sammelans’ in different parts of the state. State BJP president Swatantra Dev Singh on Thursday met that party’s Haryana leader for the ‘backward’ class, Ramchandra Jangra. According to sources, Jangra will be part of ‘backward’ sammelans as planned in different parts of the state.

Nadda also instructed the newly inducted ministers in the central government who are from UP to start an ‘Ashirwad Yatra’ in open jeeps in their regions. A number of new ministers are from the OBC and SC communities and the party wants to send a message to them

In Lucknow a welcome meeting shall be organised for all the Panchayat presidents and block pramukhs, which will be attended by chief minister Yogi Aditya Nath and other senior party leaders,” a BJP leader who attended the meeting told ET