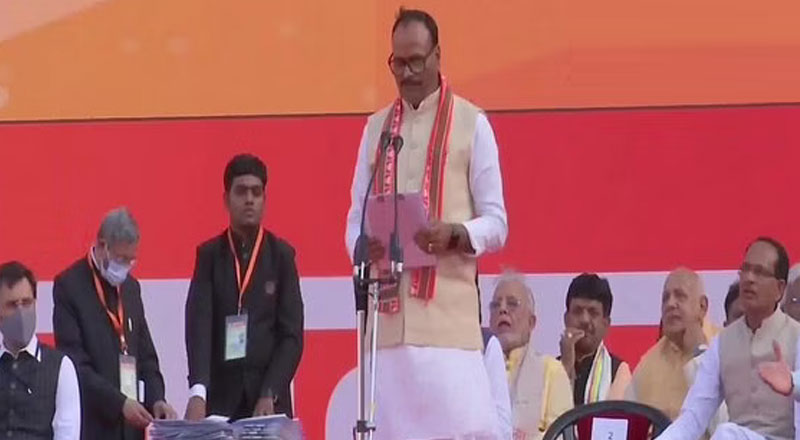 Sticking with the Brahmin-OBC combination for Deputy Chief Ministers, Brajesh Pathak along with Keshav Prasad
Maurya took oath on Friday as deputies of CM Yogi Adityanath.

In the last term of the Yogi Adityanath government, Dinesh Sharma was the Deputy CM, representing the electorally crucial Brahmins in the state.


Pathak had served as the Law Minister in the previous Yogi Adityanath led UP Government, and was credited to have worked for the party to consolidate the support base among the Brahmins in the run up to the Assembly elections.

A prominent Brahmin leader of the party, he won the Assembly polls from the Lucknow Cannt seat in the 2022 state Polls.
In 2017, Pathak jumped ship from Bahujan Samaj Party and joined the BJP in the presence of Home Minister Amit Shah and Union Minister Mahesh Sharma.

Then in the 2017 Assembly elections in UP, he became an MLA from Lucknow Central seat.

On 21 August 2019, after the first cabinet expansion of Yogi Adityanath he was given the charge of Legislative, Justice, and Rural Engineering service departments.

Pathak started his political career from student politics in 1989 and became the president of Lucknow University in 1990.

Brajesh Pathak was born on 25 June 1964 in the Hardoi district of UP. Brajesh Pathak is a lawyer by profession. He has done LLB from Lucknow University.

The BJP has created other records with its successive victory in Uttar Pradesh. It is the first time that a party has returned to power in successive polls after 37 years.

The BJP won 255 seats in Uttar Pradesh with its allies in the state also registering impressive performance. The Chief Minister is expected to carry the momentum of the party’s electoral victory to fulfil the poll promises and give a further push for the development of the state in his second term. (MANISH)