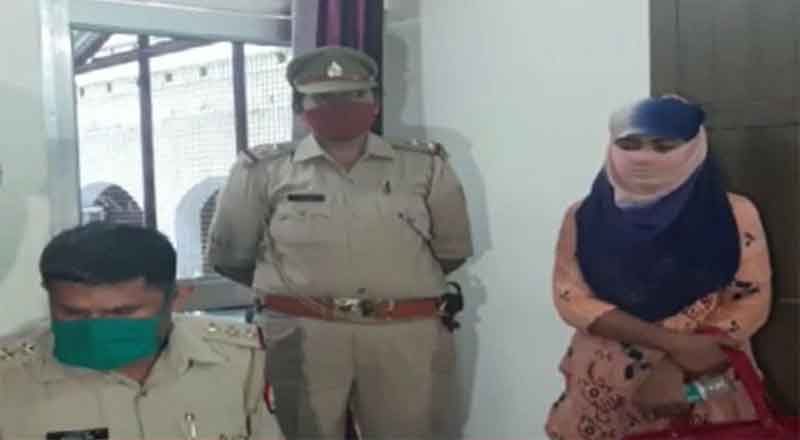 The Uttar Pradesh school teacher, Anamika Shukla was arrested in Kasganj, was reportedly working simultaneously in 25 schools and earning over ₹1 crore as salary in 13 months the police said. She was arrested when she had gone to the office of Basic Shiksha Adhikari – Anjali Agarwal to tender her resignation fearing arrest after her fraud was reported in the media.

Speaking to the media, Kasganj basic education officer Anjali Aggarwal said, “Anamika sent her resignation to my office on Saturday afternoon through a friend who was detained by us. The police was called immediately and the teacher who committed fraud was arrested close to the office in a car with the help of staff members.”

The police immediately took her to the local police station and her interrogation is underway.

Anamika, a full time Science teacher posted at the KGBV in Baghpat district was found working simultaneously in 25 districts after the basic education department started creating a digital database of teachers.

UP basic Education Minister, Dr Satish Dwivedi ordered a probe and FIR against Anamika Shukla after the matter came to light. He also directed officials to carry out personal verification of all teachers posted in 746 KGBVs across the state.

The minister said that if any department official is found helping Anamika Shukla in the fraud, an FIR will be filed.

“We are making the entire process of attendance and verification of teachers digital for transparency. Tablet is being provided to every school for attendance but the distribution process was halted due to the lockdown. We will soon be completing the process of tablet distribution” Dr Satish Dwivedi said.